‘Fix or forever hold your tongue!’, A floor on Rates (with a rise likely!) 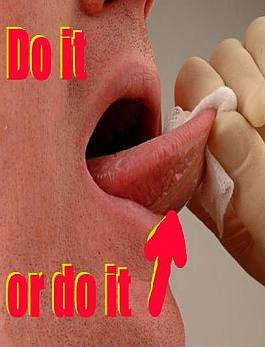 Rates likely to rise as per AIB’s statement, and PTsbs actions, what we are trying to tell everybody, in clear English is this: ‘If you don’t have a price guarantee on your mortgage via a tracker or fixed rate agreement then you will be paying greater margin over ECB in the near future than you are now’. If you don’t act upon that information then it is your own decision but you can’t say you weren’t forewarned.

Forewarning doesn’t stop disaster, the historical evidence on that is overwhelming, in particular in the military arena, today however, we will look at some of the potential changes we might see in the market.

Floor Rate: This would be a variable agreement whereby the rate will never dip below a certain level. For instance, a bank might say that in a low rate environment it will (in the future) never allow its variable rate to drop below 4%, this would mean that if another crunch in credit/capital arrives that they can easily afford to lure and hold depositors without suffering the margin compression that most of them have in the recent past. While we tend to forget hard learned lessons in finance, it is likely that at least some banks will try to future-proof their operations in this way.

Variable Rate Price Hike: When? Well, for PTsb they have already acted, the other covered institutions will probably do this after NAMA has been set up as to do so beforehand would be far too unpalatable politically and it could jeopardise the creation of NAMA. The UK based lenders have already acted up this but their prices have changed so much that it has actually caused a distortion in the market whereby indigenous banks will be able to profit heavily due to intentionally irrational competition.

The Answer: If you are on a tracker you can sit and hold, ride out the rates, while we still believe 100% that rampant inflation will come, it may pay to have a tracker so that you can over-pay during a time of historically low rates and thereby eat into your capital quicker, many fixed rates don’t allow for any overpayment (for instance AIB’s fixed rates). If you don’t have a price promise the other option is to avail of one via the fixed rate mortgage market, fixed rates on mortgages are not at historic lows buy they are not far off from them, and certainly they are cheaper than the last low rate cycle we saw in 2003 – 2006. Fixing now will protect you from the inevitable rate increases that banks will employ in order to remain profitable.

In a nutshell, those who can afford to pay will be made to do so in order to cover the losses incurred by those who cannot.

Some economists are saying that they expect house prices to rise (in the UK for instance) by 20%, this can only happen if supply and demand rationalise, credit flows more freely and we get some inflation as well, so while inflation is not the hot topic de jour, it will be in the near future.

Negative Equity: If you are in negative equity it will be some time before you get out of it, in some cases it will mean having to repay your loan down to meet the remaining debt rather than finding a cure via market prices over time. In the UK it is felt that it could last 5 years (Oxford Economics report).

If you are in serious negative equity then you can’t move house (by selling up) and for that reason it makes prudent sense to instead (if you are on a standard variable) to make a choice on a fixed rate so that you have set outgoings until such time as either your debt is reduced or the market recovers. Why? Because if SVR’s were to go up rapidly you would be totally caught in the headlights of aggressive rate hikes with no escape option. This means get a fixed rate mortgage now or forever hold your tongue.

What is happening with rates: The deposit environment changing quick, the capital crunch may not be over but the give-away rates on deposits are! To match impairments deposits have to drop right down and mortgage rates have to rise, this week the leading deposit rates crossed below the 4% for 1yr fixed lodgements and that is the first time in over a year that it has happened, the next few steps down will likely come much faster once the psychological Rubicon of 4% has been crossed.