Fast Track Repossessions, what does it mean? 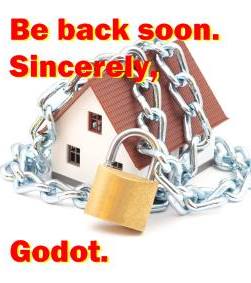 There has been an interesting development in the area of repossessions in recent weeks in which a property can be taken back (repossessed) without a full court procedure having taken place. Today we will consider how this will work.

First of all, there are several things which tie in together in 2009 and they form part of reason behind the new ruling. The use of circuit courts to repossess a home used to be commonplace because the decision was set in a court depending on the ‘rateable value’, but the domestic rates system was discontinued in 1978, thus, the hearings started to default into the higher echelons of judicial decision making and today the common court for repossession hearings is the High Court.

The new rule means that a Registrar will decide what is seen or not by the court and a side effect of this is that a house can be repossessed without actually going before a judge. It is important to note that a registrar is not merely a random civil servant but often a former judge or at least at a level that can make judicial decisions where appropriate in deciding if a case is worthy of courtroom time. Does this sound like a bad thing? Is the possibility of a house being taken without a hearing by a judge in an Irish court of law a step in the wrong direction?

It depends on your thinking, in a case where a person is actively involved it would seem draconian, however, this isn’t the case, because the working elements of the system are such that this ruling will only affect people who don’t engage with the lender in any negotiations and who may have (often the case) left the country.

There have been several developments that tie in with this, firstly is the new ‘Code of Conduct for Mortgage Arrears’ which the Financial Regulator brought out earlier this year, then there are the re-capitalisation agreements with AIB & BOI on foregoing the repossession process for a set amount of time, lastly there is the IBF/MABS initiative.

How do these things inter-relate? As follows: The new code of conduct spells it out in simple terms – if a borrower engages with a lender then they are offered protection and certain rights, it basically put a statutory footing on what was previously a voluntary code, it means that if a person responds and corresponds with a lender when they are in an arrears scenario that they can’t just be turfed out or instantly have proceedings issued against them. Obviously, people in this group won’t have to worry about the new ruling as they will fall under the auspices of the Code of Conduct. 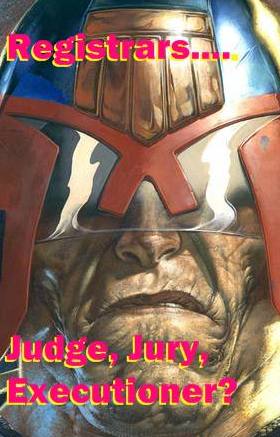 After that you have the AIB/BOI re-cap agreement where they have promised to forego any repossession proceedings for 12 months (obvious issue is the wave that will occur after Q1 of 2010), however, the code of conduct still applies and the borrower must correspond with the lender, again, people acting responsibly need not fear in this case.

Then there is the IBF/MABS agreement where every lender has agreed that if the client is working with MABS that they will not commence repossession proceedings, granted there are get out clauses but in every case where keeping the home is a possibility then it is likely to meet with success under one of the circumstances that protect the borrower as laid out thus far.

So who isn’t protected? Simple, the people who took out a mortgage and where refusal to pay is only part of the problem, many have absconded, left the country, moved elsewhere or they are totally ignoring the correspondence from the lender, and to be fair one must ask ‘why should a person be given any rights and protection when they are not a willing party to the process?’.

Thus, it means that the people who won’t receive the benefit of a judge in the decision to take a home are those, and only those, who’s biggest enemy is themselves, who are not engaging with lenders and have opted to bury their head in the sand, extending the privilege of protection to them (when there are so many resources at their disposal) would be irresponsibly public spending, and equally, involving high courts and the fees that go with it would be irresponsible process given the costs incurred. Why should litigation be forced when there is no counter-party?

Far from being punitive, the new ruling is pragmatic, and it is good to see a common sense approach towards addressing such a sensitive issue, protect the people who warrant it, and allow an absence of responsibility to be repaid in kind.