Everything old is new again, buying on layaway 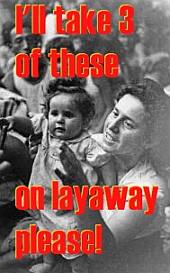 I remember getting a new coat when I was about eleven, we went to a shop in Swords village, next to a place that was called ‘Savages’ (in fact I think the clothes shop was owned by them too) and I tried on a coat and my mother paid part of the money for it on ‘layaway‘ and then we went back the following fortnight and paid for the rest and picked it up, in the mean time they made an adjustment to it too.

Will we see a return to some of the ideas from the past as the credit market contracts? Perhaps we will, layaway does have several advantages for both sides of the transaction.

Seller side advantage: The seller sells a product and gets cashflow into their business, if the buyer pulls out later there is normally a charge and the item can be re-sold. So if the person doesn’t go ahead then the loss is not massive because they pay a premium and then you can get a new sale out of it anyway. There is no fee for a credit card company and when buying on layaway a persons bargaining position is hugely undermined – the person who has ‘cash in hand’ is in a much stronger discounting position in comparison. 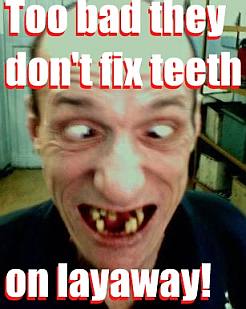 Assuming the shop receives payment in full they will have done so without having to discount and with partial cashflow early on, the other alternative is that the person would not have bought it until they had the money, if that did happen it would change the seller position – the same buyer would now be a ‘cash buyer’ and the item that you had may have depreciated slightly in the time it took for the person to save up. Saving €100 is often harder than paying €20 a week five times.

Buyer side advantage: As a buyer you don’t have to use a credit card, in fact, you can have the worst credit rating in the world and still effectively use layaway as a form of credit. It will also allow the extension of credit at a time when it is being shut off in other avenues, if the debt is not met you face a loss of opportunity charge from the seller but the important fact is that the transaction is primed for success even when banks or credit firms are not willing to back a person. The biggest advantage to a buyer is the abscence of interest on a purchase, layaway totally avoids usury.  It is the flow of credit and finance that allows business to happen and the market has a strange way of finding corrections when alternatives are not readily available. 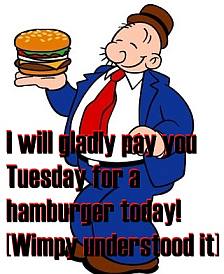 Layaway programmes ceased to exist in the late 90’s as easy credit and an abundance of credit cards removed the need for them, however, much like flared pants or bad style from the 80’s it seems that financial concepts can also make come backs. In a way a house is bought using the same concept (to a degree) as it is not yours until it is fully paid for, obviously you get the benefit and enjoyment of a property in the meantime but on the point of payments and not owning something until its over layaway is no different than any standard credit agreement, it doesn’t have ‘interest’ thrown in which -as mentioned already – is the biggest advantage.

This may be a return to 80’s style economics, or maybe back further to Great Depression style shopping, for those needing an even greater piece of history it might be like a return to the ‘company store’ that miners used, but in any case businesses are finding new ways of servicing customers when credit institutions will not.