Everybody pays, even the innocent 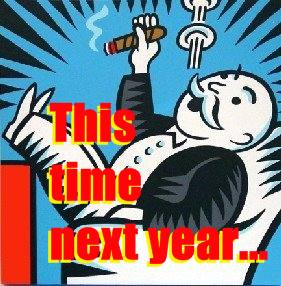 There were many innocent parties to the credit fuelled property bubble, they are generally those who didn’t borrow, or who carried no debt, choosing instead to live frugally, and if they used debt they used it wisely. Many of these people are at the polar ends of the age spectrum, very young (who don’t even have access to credit) or much older (who have paid off their mortgages), something we will all need to get used to though is the fact that everybody is going to pay for the mess left behind, this goes farther than NAMA.

The process I am describing is already under way, the very payments system (our financial infrastructure), is going to be used to generate economic rent from the people of Ireland in order to bring in more profit to banks so that they can repair their balance sheets. This price will be paid by the taxpayer outside of the bailout money already being supplied on our behalf. This will be even paid by people who manage to slip through the tax net (often because they earn very low incomes) but who use financial infrastructure.

Financial infrastructure is any electronic payments, our payment system, foreign exchange, ATM’s etc. The fees that banks will start to charge will in essence be like a toll-booth on the financial system for all people who interface with it. Free banking is going to be a thing of the past soon, or it will be heavily restricted to certain terms and conditions such as minimum balances/transactions etc. Two of the bastions of free banking have shut down within the last three weeks (Halifax & Postbank), these offerings were by a newcomer seeking market share (Halifax) and another that had state backing (Postbank which was a JV with Fortis and then BNP Paribas).

The remaining incumbents have no need to extend free banking, there is little reason because as fewer compete based on that premise it doesn’t become the factor that wins business, and as those that had free banking are forced out into the market to choose new banks they will do so for perhaps different reasons than their initial switch to free banks (such as proximity of branches, how good they gauge their online banking to be, availability of credit/overdrafts etc.). 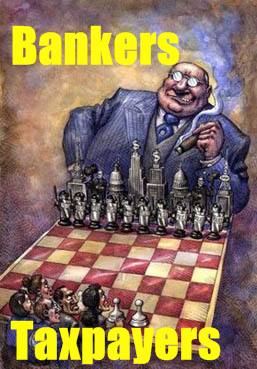 Deposit rates will also come under scrutiny by banks, thus far depositors couldn’t be hit because they were too valuable to the banks as a capital base, this meant Irish banks happily paid over the odds to attract depositors, in fact, two of the best deposit products out there are (oddly) state sponsored, meaning that even our sovereign state is behind the drive to attract deposits with certain providers. However, as competition (in particular international competition that can funnel money out of the country) decreases there will be less of a requirement to satisfy retail depositors [note: institutional depositors have different rates and could be left unaffected], and as NAMA goes through, removing at least some uncertainty from the balance sheet, the decreased loan/deposit ratio will mean the end of the courtship of depositors.

Watch deposit rates drop in relation to their margin relative to the ECB, this trend has begun, it will continue.

Elsewhere margin will increase, on the costing side. In our annual trend forecast we were the first to put a number and time-frame on the line (always a mistake I’m told, either pick a figure or a time-frame but not both!), with an expectation of 100 basis points or 1% being added to the cost of variable rate mortgages in Ireland. While many felt this was ‘impossible’ because we are supporting the banks, today’s news would suggest otherwise. Mortgages will cost more even if the ECB leave rates unchanged in 2010, margins will increase and it is a question of who will move first. My own suspicions are that post NAMA one of the main two will do it, and this will be tightly followed (perhaps lead) by EBS or whatever the new ‘3rd force’ is.

The margin on lending won’t stop at mortgages, in fact, mortgages may be the last bastion to fall (public outcry centres heavily on mortgages), watch for increased margins on overdrafts, personal loans, car loans, credit cards issued by banks etc. This is the second level after infrastructure where rent seeking is easily satisfied.

Regarding credit in general, more forensic underwriting coupled with harsher terms/lower multiples are the order of the day, while there is business out there [this blog would cease if there were NO mortgages!] it is incredibly difficult to place successfully.

It is in the manners mentioned that everybody will pay, at every point in the financial infrastructure a cost will start to occur which is over and above opportunity cost and expense, that ‘rent’ will be one of the primary manners in which banks recoup their profits. There is such a focus on NAMA and not overpaying for the assets that nobody is watching how we will overpay for everything else. Consider yourself warned!