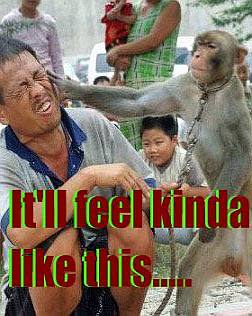 The ECB meeting is due to meet this week on the 7th and a further 0.25% rate cut is expected which will bring European base rate lending to 1% which is the lowest it will go according to guidance given in the past by Jean Claude Trichet. For mortgage holders this will be a further advantage for those on tracker mortgages and for those who hold variable rates where the cut is passed on.

The question currently is whether or not there will be any stimulus packages mentioned or any idea on what to expect in the coming months, with very concise plans afoot in the US, UK, China, and elsewhere it is likely that the Eurozone will need to make some formal plan as well and move beyond the monetary options of only playing with interest rates.

The EU has a problem other currency zones don’t, that of political cohesion, the USA is all dollar denominated and all under one flag, the UK is the same, as is Japan, Australia, China etc. The EU is made of of a monetary union without a traditional political union so it means that any quantitative easing cannot take the same guise as it has in other countries (buying up corporate bonds for instance).

Thus it narrows down the options, any easing will have to be directed at certain member states and this will have to be under two paths, first, you could offer relief to governments based on the predicament they are in, this would help out the PIGS a great deal. The other is to set a certain level or % of GDP or some other country specific figure and do it based on that.

The working mechanism would need to be that Governments can get a near zero coupon bond sale repo’d by the ECB and this would release money into the member states to spend as they see fit (which may then be to buy corporate debt etc.). There is a confounding issue in this crisis and it is this: how does Europe react in the face of disaster? Perhaps the EU is not as powerful as we thought it was or perhaps, and conversely, it is…. But in order to find out we will need to see evidence of some cohesion in the financial plan that will be rolled out, German austerity is likely to break down soon as they realise that despite savings, nobody is immune in a synchronised world.

There will have to be something beyond interest rate changes and it will have to come soon if Europe is to feel that there is any form of central plan, but in a largely decentralised power base (each country is still a sovereign) it means the routes open for rolling out any stimulus package will need to go via the arteries where it will work and that is via the sovereign members.