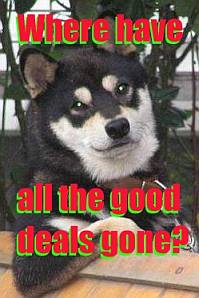 Tracker mortgages are a mortgage that is tied to some form of base, be it the ECB base rate or the Euribor, in residential lending it tends to be the ECB in commercial it tends to be the Euribor. Today interest rates were reduced by a further 0.75% giving a new base rate of 2.5%, which is the lowest it has been since March of 2006,the Euribor is now at 3.743% and will see the base rate drop filter through in the coming days.

Commercial loans tend to follow the Euribor, specifically the 3 month money which banks actually tend to use to finance most of their operations. The way that banks operate is to sell long term but finance short term. This is where they create their margin and its based on the yield curve, part of the problem in the last 12 months was a yield curve inversion which made lending difficult and was a glaring symptom of an oncoming recession, yield curve inversion is a tell tale sign of tough times being close by.

The current mortgage holders who have trackers are enjoying the bout of rate cuts we are seeing, many people would probably like to switch mortgages and get a tracker mortgage but unfortunately tracker mortgages are now a thing of the past, it became official just last week when Bank of Scotland removed them from the market, they were the last lender to do so.

Now that trackers are no longer an option the only choice on the market will be fixed or variable products. The variable suite has been diluted (and made more confusing!) by the introduction of LTV Standard Variables, or LTV SVR’s, all of which are practically meaningless to consumers (or half of us in the industry too!). An LTV based SVR means that a bank looks at your loan to value and then gives you a standard variable in relation to it. This is similar to how trackers worked minus the price promise and customer transparency.

The rate cut will be a welcome development for anybody who has non-fixed rate debt. We will see it impact the mortgage market in the coming weeks and hopefully the economic stimulation rate cuts provide will go some way towards reducing the effects of what is going to be remembered as a particularly harsh recession .