Deflation, the low paid, and expansion of the tax base 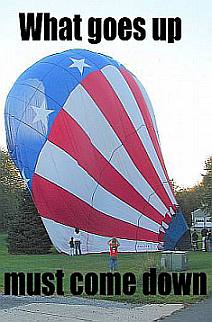 Here are some statistics (taken from the SBP) showing that contrary to assertions that the ‘rich don’t pay enough tax’ that in fact they pay more than anybody else. Half of all tax income is paid by the top 6.5% of workers. So about 1/15th contribute 50%. One third of all tax collected comes from the top 2.5% of workers, thus 1/40th are paying 33%. It means that things such as the new 2% levy are merely punishing those who already contribute the most! I wrote about this before when talking about the Laffer Curve and how Ireland may be driving high earners out of its jurisdiction.

Sources have said that the Irish tax base is too dependent on a small number of people, so what would happen if we were to drive them out? The implications are severe.

Given that the very well off use the same services as everybody else it makes sense to tax them, but it is not fair to say that 6.5% should have to pay a whole 50% of the bill! In fact, the idea of progressive taxation is perhaps being taken too far, discouraging people from engaging in profitable activities by punishing them financially and by encouraging any tax avoidance measures available, and I would go so far as to say it could result in outright evasion.

Over one third of the workforce pay no income tax, the exact figure given by Minister of Finance Brian Lenihan is 34%. However, in a period of deflation the people who are not paying any tax actually benefit the most in real terms, while Ireland is strong on the progressive side of taxation [taking more from those who earn more] we are deplorable on the lower end, lowering the taxation band base to capture more contributors is going to be necessary. 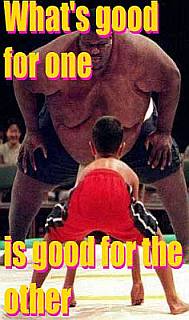 If deflation makes everything cheaper and we are willing to give extra levies to those earning more then equally we should not allow significant increases in real living standards amongst any group without treating them fairly, thus, the ‘no tax’ bracket should be lowered as should welfare payments and any other benefit because keeping them stagnant in a period of deflation is, in real terms, like raising them.

Take this example, Joe earns €1500 per month and we experience 10% deflation, then his €1,500 has the purchasing power of (for ease of the example +10%) on the other hand a very high earner, upon whom we are disproportionately reliant, will see a higher taxation bill on several fronts including a 2% levy as well as facing a likely 15% drop in wages [if we accept official statistics]. The person on near minimum wage on the other hand will not face a 15% drop and therefore – assuming they are able to keep their job – they are, as a percentage, doing better than the high earner.

The unpopularity of a move like this can be determined in advance, you’d be deemed to be a wretch, and soon enter the galleys reserved for all social pariahs, however, we cannot have a deficit without using the two tools available to solve it from the governmental position: firstly, decreased spending, secondly, increased taxes. If we are to address this correctly then there must be 100% participation, not 6.5% participation for 50% or any other figures that are so totally skewed. That is not to say that there should be tax deductions either, but a broadening of the tax base will be vital unless we hope to pin the future of so many on so few.