Death is a certainty, so why not buy into it?

In 1911 something interesting happened, the US Supreme Court made a ruling in the Grigsby vs Russell that allowed a person to essentially ‘sell their interest’ in their own life assurance policy. The case was over a condition in an insurance policy that it shall be ‘void for non-payment of premiums’ as being only that it shall be voidable at option of the company. In other words, it wasn’t just up to the company’s (issuers) discretion. The second issue was the rule of public policy that forbids the taking out of insurance by one on the life of another in which he has no insurable interest does not apply to the assignment by the insured of a perfectly valid policy to one not having an insurable interest.

The idea of ‘insurable interest’ still stands as a central tenet in insurance, for instance, I can’t take out a life assurance policy on a stranger because I face no loss in the event of their death, in fact, if you were the beneficiary of a policy and couldn’t prove any insurable interest you wouldn’t receive payment, personally I have never come across an example, usually the insurable interest is that the other person is a spouse, or it tends to be things like joint mortgages etc. 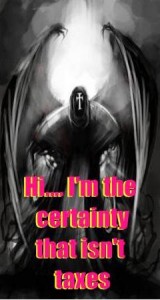 The ruling changed the way that the life assurance market in the USA operated, it created what is called a ‘Secondary Market’, that means a market whereby things are traded after going into the hands of the first buyer. The Stock Market is by and large (other than IPO’s) a ‘secondary market’, for instance if a company issues a million €1 shares it takes in €1,000,000. But if the share price goes to €1.50 the company don’t get the 50c uplift, rather that is a value being implied in the secondary market and is gained by the initial buyer when selling to the secondary buyer, the shares can change hands millions of times potentially and that all happens in the secondary market. When it comes to life assurance the trade is called ‘Secondary Life Settlements’ or SLS (we love our acronyms in finance).

So now you have a situation where a person can sell their life assurance to a non-interested third party, because it essentially becomes a piece of property just like a share. If a person is getting on in years and wants cash money they can sell the policy and a buyer can then pay the premiums, they are taking a chance in doing so, if the seller lives to be 100 the buyer loses out in a big fashion, if they die prematurely the buyer wins out.

There is an advantage though, the buyers can look for medically impaired policies, and in that there is an asymmetry of information because the insurance company can’t ‘re-underwrite’ the policy, they have to go with the decision made at the outset. So the typical seller who gets the best price is in their 70’s and has cancer or some other serious medical impairment.

It sounds horrible doesn’t it? Making profit from people who are terminally ill, on another, the seller may find that they are in receipt of money that they may not otherwise realise and this can be for a number of reasons, if one person in a couple is already dead and they have no heirs why would the surviving partner not want to cash in early and have the money? If they became cash strapped due to investments not working out they may find the cash in life better than the idea of somebody getting paid after they die, preferring to solve money problems now over bequeathing a settlement. It could also be to clear off a mortgage, lots of older people re-mortgaged homes that were mortgage free and instead of having reduced income (many are on fixed income) they would rather have zero debt.

The point is that in the majority of cases the person is a very willing seller, who wants or needs the cash. It would be great if a similar ruling was enacted in Ireland. On one hand life assurance is cheap here, but that is because it is set up in a way that ensures you never get a claim, decreasing term assurance being the best example. If we had a secondary market prices would rise but it would mean that you could get something (potentially) toward the end of your term, if you have a term assurance at present you get nothing once the term ends. 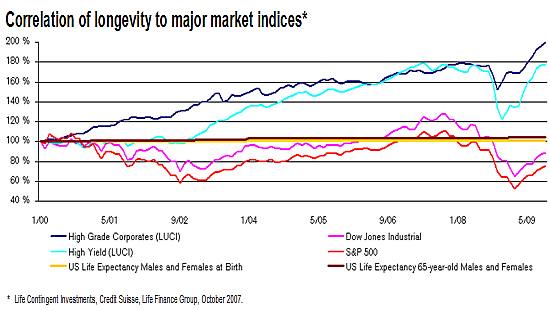 From an investment point of view it is an uncorrelated asset, people don’t die young due to recessions (some may but from an actuarial point of view – taking thousands of people into consideration they don’t), but stock markets do crash, they don’t live longer due to a housing bubble, so the biggest advantage for a well run SLS company or fund is that you are not really dealing with the standard macro-issues inherent in the majority of other asset classes. Like any asset class, there are hedging mechanisms such as longevity swaps.

The question is perhaps, give that death is a certainty,  why are more people not buying into it?