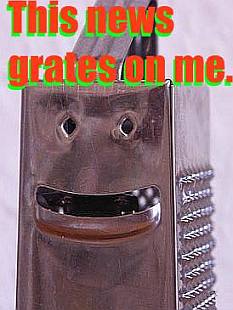 Banks have a pool of money called ‘zero rated funds’, this is the money that they hold for which they are paying no interest. Lots of current accounts fall under this category, and banks can figure out with time, the block that is there on a regular basis when you remove the marginal volatility in the funds held at any time.

Imagine you own a money shop and you buy in money and sell it too, in the till you know that no matter what  happens you always seem to have at least €60 in the till, that would be the equivalent of your zero rated funds (hope that makes sense!).

When banks lend they take these zero rated funds and mix them with money bought on the market to come up with ‘blended rates’. So while some money is costing 0% other money might cost 1.269% (that’s today’s 3 month Euribor ), you then get an average of these and depending on what the ‘blend’ or ‘mix’ is your cost will be somewhere between 0% and 1.269%, for the sake of example we’ll say it costs 0.85% to the bank, then they lend this out at 3% and make the difference [naturally there are costs and losses to come from this margin as well].

So it was with great wonder that I saw banks start to offer really great interest rates on money in CURRENT ACCOUNTS! It’s astounding, and I am want to see how it can create profit, if anything it is likely a loss-leader of sorts. You can’t pay 10% on €10,000 held in a current account unless you people are carrying average balances of €20,000 and you are lending out the difference at a really good margin.

That is why it comes as no surprise to see that banks are starting to reduce the interest rates they will pay on current accounts, they are reducing the amounts they will pay it on (cut off occurs at much lower levels) and they are imposing minimal balance rules. In other words, you can start to kiss the era of interest paying current accounts goodbye. Or at least you can say goodbye to it in its present guise. Perhaps the smarter route will be for banks to offer to pay people good interest rates if they have over €10,000 in their account but 0% on anything up to that amount.

In any case, banks need to find margin, they need to return to profitability, and unfortunately, consumer value and that objective are not in alignment, they are perhaps polar opposites, banks need to stop paying on any funds they don’t have to pay on.

They need to raise margins on residential mortgage rates, this also goes for investment loans, deposit rates have to drop (once capital adequacy requirements are met). Commercial lending is higher rated and based on the Euribor so that can be left as is, but the reality is that you won’t be getting ‘more’ in the future, you’ll be getting ‘less’ and you need to plan for that, you need to grab rates while they exist and get some plans laid for the future.

I have a few clients who didn’t listen when we told them to get moving on tracker rates, and their annoyance is proof that inaction is costly, even if you don’t want to get the best deal on the market, make that an active decision, not a passive one.