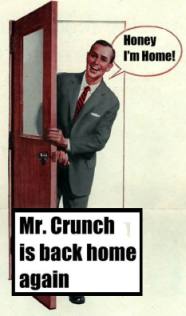 In the last few weeks we have seen some of the most volatile currency markets in history. Iceland (Króna) as a nation basically went bankrupt, there are serious currency risks in Hungary (the Forint), the Ukraine (the Hryvnia) and several other countries.

The downside is that this may be the prelude to a currency crisis not unlike that which we saw in Asia in the late 90’s. The move has been playing out in the markets at a time when most of us are concentrating on the Credit Crunch/Liquidity Crisis. The dollar was as low as $1.60 to the Euro and $2.10 to Sterling, then it snapped back to $1.25 and $1.60 respectively.

The Australian and Kiwi Dollars both got hammered, Iceland was next in line then the South African Rand and Polish Zloty took a beating. The South Korean Won and then the Hungarian Forint suffered, the Czech Republic Koruna is facing issues and the Mexican Peso is already in trouble.

We saw a currency upheaval in Ireland in the 80’s when ‘hot money‘ started to fly in and out of the economy as traders sought profit and ran just as fast when they felt there was any risk. The carry trade unwind is in full swing, we can tell because of the flight out of emerging economies and the sudden jump in Yen (which is the carry trade currency of choice due to its artificially low interest rate). When you unwind a currency position in which Yen was borrowed you must buy Yen to do so hence the jump in Yen values, this coupled with the issues in emerging economies points to where the money is leaving and where it is going. 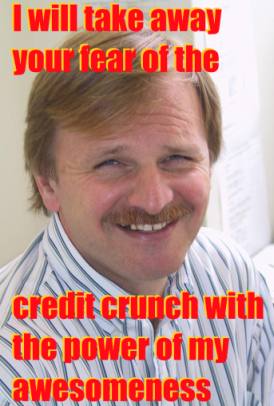 Many countries thought that the Credit Crunch was ‘America’s problem’ and they (such as Brazil and India) started to impliment their own plans for inflation fighting slow downs, but this was a ruse. They seemed more concerned with the price of oil, and in the case of India their base rate was 9% – which goes some way towards telling you just how much inflation they had been suffering through.

Argentina has had to nationalize pensions (they are not even a decade out of a currency crisis) , governments (including our own) have had to step in to prop up their banking systems and  as all of this takes a grip we have stopped consuming at the same speed as we used to, this then hits China who are now going to face a new reality in which they will not have the growth they have become accustomed to.

The trend seems to be that the virus which was born in the USA spread to Europe, then to the emerging markets where it will likely morph and then come back as a new strain, the ‘sub-prime crisis’ spread from West to East but will return from East to West as a currency crisis. We may be seeing the emergence of a second epicenter with the difference being the side of the Atlantic on which it happens.

There are two countries in particular that give cause for concern, firstly is Austria who’s bank exposure to emerging markets is 85% of GDP and their debtors are primarily Hungary, Serbia, Ukraine and Belarus – all of whom are now clamouring for IMF assistance. Spanish banks have lent heavily in South America where Argentina are heading for hard times and Brazil’s Real and stock market are plunging.

The carry trade  is a brutal teacher when it works in reverse.