Can a bank take back my tracker mortgage?

There has been some talk of this lately, and it is an issue that we have raised concerns on in the past – to get the good news out early – there is only a very small chance that banks might ever actually do this, but just in case we already pointed this out in 2009 and early 2010.

We’ll assume though that it is going to happen (for the sake of this post), so how will they do it?

The recent points have been regarding the small print in some of the tracker contracts, one example below is taken from a KBC tracker contract, but suffice to say similar or other ‘same end result’ conditions exist in other contracts (click on the image to see a larger version).

In this example KBC have had every right to remove trackers from their clients since mid 2007 due to financing costs but they haven’t, which feeds into my belief that only a bank that is entirely desperate would attempt such a move, jacking up variable rates is one thing – there was never any implied price promise – but taking back a tracker is another.

One angle not mentioned recently is that of LTV covenants which strike me as the most obvious way of doing it. LTV covenants were the very foundation of tracker lending from about 2004 onwards. It is important to remember that they always formed a part of the contract to begin with even before it was implicit – Bank of Scotland entered the market and would only do loans up to 80% so that set the standard in the early days.

As frustrating as it would be, the banks have a valid point in the argument that the loan was advanced on the foot of a loan to value covenant, if they went for a present day revaluation and found that far from being 40% LTV you were at 75%, they have a basis for moving you to the next band up in the tracker suite that applies to your loan (or worse: to some ‘other’ rate such as an SVR). 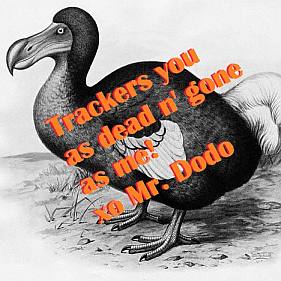 The option – and it would fit in well with the deleveraging agenda being set by banks – would be to get back in line with your LTV covenant (ie: pay down your mortgage in a lump sum) or lose it, this would essentially be a ‘margin call’ of sorts and it would be our opinion that the ability to prove a borrower obligation on LTV is what it hinges on. The collapse in property prices would literally unwind in the tens of thousands of these mortgages if enforced – although it would require a court precedent to enact which would take years.

Some lenders will take you off a tracker if you want to pay ‘interest only’ which oddly hits the people who are having trouble repaying who use this as a method of survival, as many as 30,000 mortgages have been altered by the banks in order to help the borrower continue with payments, but when giving certain concessions the banks are often taking something back in return – such as the tracker rate.

Using missed payments or other reasons for the removal of trackers is not common practice, arrears are generally treated as arrears, and moving a person to a higher rate when they can’t pay may be contrary to the principles set out in the mortgage code of conduct for mortgage arrears, this issue doesn’t occur when granting a concession that allows the person to continue paying.

For now its a case of ‘wait and see’, but if trackers go the way of the dodo, you can be sure that it will likely be on the back of one or more of the reasons mentioned in this post. Hope I’m wrong!