Buy some petrol up North while you do your shopping. 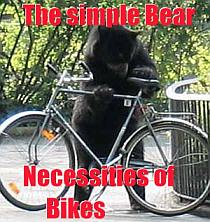 With the new petrol levy of 8 cent per litre it will put the average price of petrol in Ireland to about €1.27 which at current exchange rates is the same as £1.00 sterling. This news is interesting because it appears that petrol prices in the UK have come down to under £1.00! So now you can fill up while doing your shopping up north.

For a long time petrol stations on the other side of the border closed down as strong sterling made it cheaper to head south for petrol, now with our petrol levy, increased VAT, and a slightly stronger Euro it will start to make more sense to many people to head north for their shopping. The problem is that this funnels money out of our own retail and market system.

How does the imbalance occur? Simply put southern shoppers will still continue to go north for retail goods, but northern drivers will cease to head south for petrol, thus our new levy has just helped to create a minor trade imbalance at a time when we already have a huge deficit. Nice work folks (folks=Fianna Fail)

The other issue that will arise is a loss of revenue for many forecourts near the border on the Irish side as cars from the north will be less likely to cross over now to get a tank filled. The move was meant to be tinged as a ‘green idea’ but in fact it is a way to increase state income rapidly. Transport is not something that will go away or that the millions who don’t live in urban areas can do without, if you live in rural Ireland this increased levy will be sorely felt. 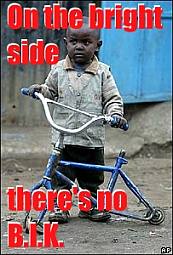 I am a cyclist first and foremost, I was happy to hear that bicycles were mentioned in the budget but wondered: what would be easier and make more sense… To allow employers to spend €1,000 on a bike with no BIK for an employee (with ability to do so again in five years) or to just remove the VAT on bicycles?

I would argue the latter might be easier to manage and would make more sense – because many employers who have staff that might want to cycle to save money (lower paid employees tend to cycle more than highly paid execs) – are the same type of employer who work on tight margins (newsagents, fastfood etc.) and won’t spend a penny more than they have to. Unemployed people also don’t feel any benefit.

This is a country where almost 80% of people pay only the standard rate of tax, and this is a year where jobs are being lost at record speed so what makes more sense, to empower the employer who will just say ‘no’ and then the workers have to pay for transportation to work (car/bus/train) or to empower the person who will receive the benefit of a bicycle by making bicycles cheaper i.e. removing VAT from them? The self evident answers to so many things have successfully escaped the current cabinet so many times that I’m starting to wonder if there is a hidden camera somewhere.