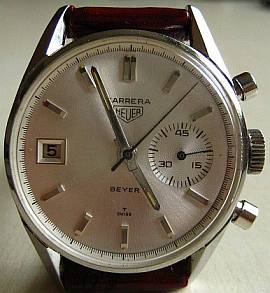 My grandfather died in May 1982, he was born in the first decade of the 1900’s and for most of his life he was involved in racing. Initially he raced air planes around pylons, kind of like what red-bull do today with the exception that people died all the time doing it in the 1930’s, they raced around wooden pylons and would cut the wings of their planes short, in the frequent crashes there were not frequent survivors (although he did crash twice in his life and lived to tell the tale).

He also did stunt work which was called ‘barnstorming’ and was amongst the earliest of aviators to use a backpack parachute (up to that point parachutes were on a line and opened once you jumped out). That was a mixed bag for him, one time his chute didn’t open and he was trying to cut it loose on the way down, he hit the ground so hard that his leg broke at the hip, there wasn’t any doctor so a vet helped out and for the rest of his life one leg was shorter than the other. From then on he went into motorbike racing, mostly uphill drags with his brothers, as a result of which my dad was infected with the racing bug too.

My dad was went into the racing business, in fact, I am the first generation as far back as we can go that isn’t in the racing business [on my mothers side they were all clock makers, and in later generations in the insurance industry]. My old man always tried to keep me out of it, if I showed any interest he’d make me clean car parts until I got bored and left. so I went into finance, if he was still alive today I suspect he’d take a look at the financial industry and tell me to go into racing.

In the 60’s my grandfather was given a gift of a watch. A racing watch, it was a carrera heuer (the company that would one day become tag heuer) Dato 45. It was popular amongst race car drivers, Steve McQueen had one, almost all of the serious racers did, they were reliable, and made of stainless steel (nothing fancy). They were often called Tachographs or Chronographs, which is ‘timepiece’ or ‘watch’ to the rest of us.

Anyway, I found this watch recently, in a drawer with old racing mementos in it. I was looking back on cars of the 50’s and 60’s that my dad raced, then of the more modern race team pictures of the 70’s and 80’s I came across this old watch, the kind you wind up, and figured I’d give it a go. It worked first time, I know it hasn’t been used since my grandfather died [my dad passed too so I can’t ask him but I’ve asked about and nobody recalls him ever having worn this watch or used it]. Not only did it work, the stopwatch did too, and it keeps good time as well.

There was a time when we built and bought things that were made to last, I can’t say how impressed I am with anything that can lay dormant for so long then work straight away. And what it has impressed upon me is that something well made is worth every penny, I had that thought while sitting in my mothers rocking chair looking at this watch. Incidentally her rocking chair was a gift given to her when she was pregnant with me. It’s still perfect, in a way that no flat-pack anything will be 35 years from now. It’s all about quality not accumulation.

It really got me thinking about business and life in general, what is our testament to the world going to be? Many small examples of ‘just making the grade’ or of enduring focused high achievement? Everything from furniture to machinery are no longer ‘made to last’ rather they are just ‘made’, when a child’s toy breaks there is little sense of loss any more because so much of what we buy was just cheap junk to begin with.

Oddly, I want my financial advice to be the same, not just good today, not just for this week or this year, but the kind that lasts a lifetime, that affects the next generation in a positive manner as well. I want to help people make better decisions in 2010 than they did in 2009 and ensure that any future heirs might find our financial work amongst old papers with the same feeling of satisfaction I got when finding a watch that is three generations old and still doing its job.

Is your business a quality watch? Or a casio throw-away? Or worse yet, a fake rolex that has the hallmarks of being something great but without the internal mechanisms to match? Just because we woke up today with the world however it is, doesn’t mean you have to go to sleep today and leave it that way, you can create lasting quality by starting with a decision to do it. For me the catalyst was a dead man’s wristwatch.