Brokers short sell themselves in a race to the bottom. 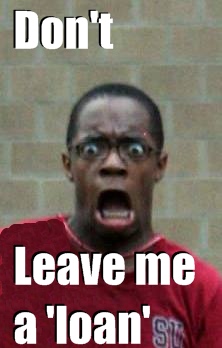 It is clear that I am no fan of the new ‘homeloanchoice‘ scheme brought into being in the 2009 budget. I have always felt that ‘if it ain’t broke, don’t fix it’ and this is a case in point. There has been no empirical evidence to suggest that this scheme was called for, there is no research, no surveys, nor any hard fact that gives the foundation to the creation of a scheme that will potentially see upwards of half a billion going towards it.

When you take medical cards away from old people and give income levies to even the most low paid of workers, a scheme that helps create debt when none was asked for seems ridiculous at a minimum. So why was it created? There was no demand for it, and we know from speaking to our customers and from other people in the mortgage market that there is not ‘pent up demand’ of purchasers in the current market. Indeed, the Home Choice Loan doesn’t actually offer anything that you cannot get on the hight street. Indeed, a prerequisite is that you have to have been refused from a high street bank.

So why bother spending all this money on creating the scheme? It is fair comment to say that this scheme was not developed with buyers in mind, in fact, it has been developed with sellers in mind. A director of our firm called up and asked if he would be considered even though he has had some credit issues and he was told ‘yes we would still consider you’ by the lady on the other end of the line. There is a word for this brand of lending and many of you have heard it before, its called ‘sub-prime‘ and having seen the damage it caused in the USA it is with horror that we can conceive of it ending up on the state balance sheets. Social housing is one thing, sub-prime lending is another. 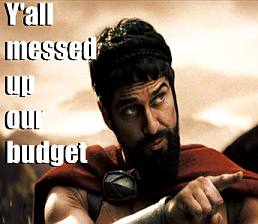 The group that dismays me the most though is that of my fellow brokers in the intermediary market. Apparently certain brokers have signed up to offer these loans and the fee said to be in the region of €1,000. So let us break that down a little, on a loan of €285,000 an income of €1,000 represents a commission of about 0.35%, this is in line with the worst paying commission bands in the market and for the lowest turn over combined. If a high street bank tried to impress this on brokers they would take the to the streets and yet we have rapidly signed up to do so on behalf of the state for loans that have no place in the current market.

Commission levels are a point of broker/client contention at the best of time and this gives yet further complication to an already fragile and confusing marketplace, furthermore, it still has the ability to potentially skew advice and that would be the greatest tragedy of all. Currently commissions are between 0.5% and 1% [although for 2009 it will be 0.5-0.8%], if a person is (hypothetically) trying to get a house for €140,000 then a bank approving that loan at 0.5% will pay a broker €700 but the homechoiceloan will pay €1,000. You don’t need a degree in mathematics to see the potential issue. 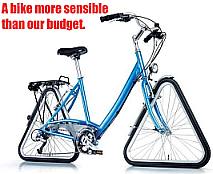 Furthermore, brokerage is eroding its stance on what can be considered ‘fair commissions’ by accepting work which can be paid at a rate of c. 0.35%, how can we argue for commissions to remain at current levels if our actions prove otherwise?

Many feel brokers don’t warrant the commissions they get, fair comment, but if you go direct then the bank just keeps that income rather than giving it to the broker minus the impartial advice which is why almost 60% of people chose to do their mortgage through a broker. If commissions go to the point where brokers have to realistically charge a fee then it will simply drive customers towards direct channels who have the financial backing too survive small margin sales (albeit via a call centre or other mass market approach).

Developments in the market are making it harder as well, take away the global credit crunch, the property crash, the liquidity/credit/credibility crisis and the rest. In the current budget VAT was raised and brokering is zero VAT business which means everything we use in terms of supplies just got more expensive while at the same time incomes are rapidly falling across the industry.

As well as that, 50% of the funding for The Financial Regulator comes from regulated firms, they have actually taken people on recently and brokerages are closing down, that means fewer brokers are left to pay for more people thus our collective overheads just shot up, and that is before we consider the coagulated market which has seen commissions drop by about 50%. So with half many loans on half as much income (real terms it means we have to survive on 25%) we need to pay more VAT for everything we use and support an enlarged Financial Regulator.

The position of Brokerage is not enviable, however, with all of the external factors it is the fact that we are so ready to undermine our own position that worries me the most.