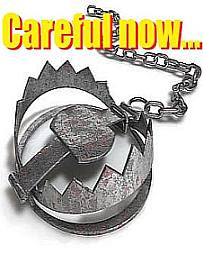 Our firm has seen a rise in what we describe as the Contract/Valuation trap, so we will tell you what it is and how to avoid it as well as steps you can take should you find yourself in this position. The contract-valuation trap is one that occurs when the price of a property being purchased drops significantly between the time the contract is signed and the property is closed. All lending is generally based on LTV (loan to value – see our jargon page for a description of that), however, a valuation which sets the market price in the banks eyes is what the loan is based on, it is not based on what a person was willing to pay for it and this helps to give an independent opinion of the worth of a property.

Another issue is that in a falling market sellers become more ‘motivated’ and by that we mean that they will more readily accept a lower than asking price offer, this is a vital element of the adjustment the property market must go through but in terms of setting values it causes valuation inertia. Take this example: several properties go on sale, priced correctly to the market at that time and they are listed at €200,000 (previously they may have listed at €265,000). However, a similar house next to the estate was on sale for several months already at €220,000 and it didn’t sell.

The new houses are priced correctly and likely to sell [eventually] but in response the person who was selling at €220k drops their price to €190,000 because they really need to sell the property, they got a job in a different count and don’t want to rent the place out, if they sold at €190k they would also still pocket €20,000 versus the mortgage. We will assume for this example that the similar property does sell for €190,000. What happens now is that values for the area changed, the new houses may be new but the second house one was comparable and there is no stamp implication for the first time buyers the newly built properties were aimed at. Thus the valuations for that area are adjusted downward to €190,000. 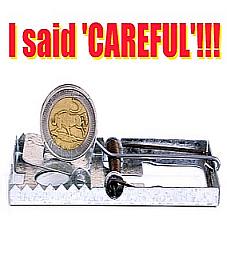 This is setting the foundations for the contract/valuation trap which occurs in a property market in decline and we will do the figures now. [sometimes we call this the ‘first time buyer trap’ but it has happened in second hand properties as well so the accurate name is actually the ‘contract valuation’ trap.]

The properties priced at €200,000 could be financed at 90% by BankX, several were loan offered at this price and then the contracts were signed by the buyer on that basis. So several properties have contracts signed at €200,000 and deposits paid of €20,000 by the prospective buyers.

However, their is a time lapse between signing of contracts and closing the deals, several of the properties still had work to be done on them and then get snagged etc. and in the passage of that time the house at €190,000 sold.

Now the valuer is called in to do a final valuation and knowing that a property sold for €190 and that there is some weakness in the market they place a value (and you can’t blame them for this) of €185,000 on the house that was sold under contract at €200,000. The bank now turn around and let the buyer know that they can only offer 90% of the valuation price which is €166,500. 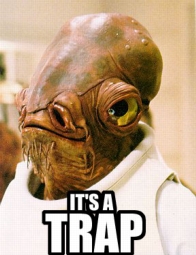 The trap is set, the buyer had a loan offer for €180,000 and signed contracts on that basis, now they can only access a loan of €166,500 and therein lies the trap, they must now come up with the difference which is €13,500 over and above the €20,000 deposit already paid! Most of the buyers don’t have this but they are caught by an unconditional contract which paints the following position.

The buyer asks the builder to further discount the property, the builder is selling at cost to try and offload the deals, and they have unconditional contracts so there is no need to negotiate, if they did it is literally money out of their pocket. The buyer wants to pull out but can’t, not only will they lose their deposit of €20,000 (best case scenario) but because the market is slow the builder is genuine about suing them to force closing on the contract.

In this scenario – if the buyer cannot close – then they go broke and perhaps bankrupt, the builder does the same as they were already up against the wall. They both blame the valuer or the bank but really they are not in the wrong as they will only lend on market values and during the back and forth other houses were sold at €185,000 so it’s not like they were lying about the price they put on it. In a market under such contraction the bank would be irresponsible to accept additional risk without having to do so.

This is the contract/valuation trap explained and there are simple remedies to it, methods which can help avoid it sensible steps you can take to insure against it. We will cover this in another post soon.