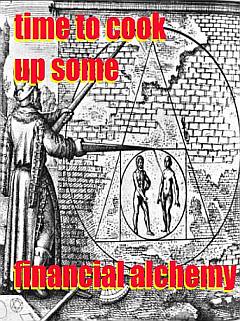 O.k. I lied, they care, but when it comes to new lending (and the secular trend that has already started in Irish lending rates) the underlying prices is of secondary concern as long at the loan (which is the banks asset) is performing.

There is a disconnect between the way that consumers think of property and the way that financial institutions think of it, the consumer thinks of price, the financial thinks of long term loan value. They are two different things, take the example below

The bank have a buffer in terms of the quality of the underlying asset, but that isn’t of concern, as long as the loan is performing it will be valued at €180,000 (or whatever the balance is), which is why the lenders are instead going for a different approach. Values have dropped to the point where they believe that we are somewhere near the bottom, not there yet but equally not at the wild over-valuation stage either, if they underwrite strongly, and only lend to the best candidates then the property prices can fail and they don’t need to fear impairment.

Once the borrower continues to pay there is no impairment irrespective of the underlying asset value. The second wing of this is to find margin in lending, we reported in early 2010 that rates would go up this year by 100 basis points or 1% starting in the first quarter, this has turned out to be true, if they go up by a further 50 basis points next year and prices go down 10% look at what happens.
Property price: €180,000
Loan (90%): €162,000
Term: 30yrs
Rate: 4.5%

The lender has made an additional €40,000 on this loan even though the property price was less – because the credit gain outweighs the difference. Consumers often confuse price with cost, the smart thing to do would likely have been to take out a loan in Q4 of 09′ or Q1 of 2010 – if you believe that over the long term that the property will increase in value, if you don’t believe that then stay out of the market. The ECB might stay at 1% until 2012 according to some commentators, even if that happens rates are still going to increase as banks look for ways to find profit to fill the ongoing holes in their balance sheets.

Which is why they don’t care about property prices for new lending, rather they care about the financial strength of the applicant and about how much margin they can obtain on lending to new applicants.