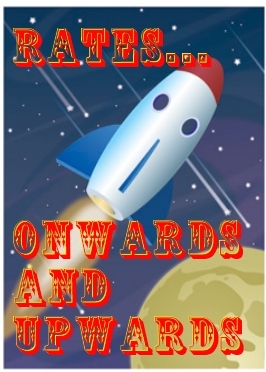 Something that is interesting is how people are amazed that banks are jacking up interest rates at a time like this… In fact, it is precisely because of the time we are in that they are doing it, and due to the market environment they face.

Banks have a choice at any time as to where they will put the money they hold, their job is to turn liabilities (deposits, debt, equity finance) into assets and at present there is a golden window of opportunity where any decent (almost any) assets can be lodged with the ECB and the ensuing liquidity recycled.

For the most part this has helped to support the bond market, part of the LTRO was based on this premise, but in Ireland while bond yields are attractive (still above 5%) mortgage rates are not as attractive. Currently the standard variable is less than 5% meaning a person can borrow for cheaper than the nation they live in is able to!

That won’t last, the likelihood is that sovereign rates will continue to drop, but also that mortgage rates will rise. When a bank lends on a mortgage they have a c.30% capital requirement on it, meaning it locks up a lot of money in the process. On sovereign bonds the capital retention is zero, meaning they can get those higher yields in bigger chunks and make more than they would by lending to people

That is why the story of banks not lending is partly a charade, they do want to lend, just not to people who will use the money in businesses or to buy houses – at least not yet. That will change, and as bond yields come down we’ll all suddenly realise that the margin gaining exercise in conjunction with the decreased deposit exercise that have been going on for the last three years were successful and banks will be back into freeing up credit.

As the property market has likely undershot (Central Bank findings – not mine) the scarcity of credit has helped to amplify that, but the release of credit will not turn the market instantly, it will however start to heat it up and chances are that the next bubble will start to form with a mid-cycle hiccup about the year 2017 or 2018.

My obsession with the property cycle aside, the issue at present is that mortgage rates are going to continue upwards, that is just a fact of life, and if we do get a rate cut the banks are not likely to be passing that on, if that happens they will be able to make serious money on lending and it will be at that point, and that point only that banks come back into the market in a big way, 2013 will be the year for that I figure.