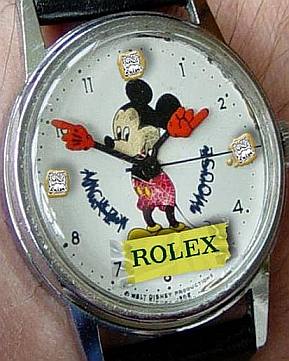 Since I was a kid I was kind of fascinated by coins, whenever I travel I’ll normally make sure to obtain one of the different denominations of coins in the country I’m in. In recent years though, that has moved on to purchasing investment grade coins. Initially a silver eagle or two, a few ship-wreck coins and then graduating onto gold, platinum etc.

One of the biggest cons out there at the moment are that of counterfeit coins, and that is before you consider the ‘counterfeit everything else’ which is separately covered in an excellent documentary called ‘fake trade‘.

On the coinage front there was a great article recently by PCGS (Professional Coin Grading Service) about ways to avoid counterfeit coins. The main maker of fake coins is… The same nation that makes almost everything these days, China. They produce fake coins (to a startlingly excellent degree!) and then ship them to the USA primarily because the market there is large and deep.

Counterfeiting is a very old trade, it hasn’t gone away and it won’t, pirate movies, fake watches or fake designer handbags and fake coins are all inter-related in this respect. In fact, the Yankees used counterfeiting as a weapon against the Confederates in the American Civil War.

The issue of counterfeit numismatic items produced in China and imported into the United States has become a “hot button” topic the past year.

You can do a few things to protect yourself though here is a list of ‘dos and don’ts’:

First, make sure you only buy from known dealers, they are numerous. They may overstate the importance of their own coins, and their pricing may or may not be the cheapest you can find, but they don’t knowingly sell counterfeit coins because it would ruin their whole business the same way that a gallery knowingly selling fake paintings would be damaged. And if they do mistakenly slip you a mickey they will put it to rights, at worst they have insurance. Both PCGS and NGC have authorized dealer networks, buy from PCGS and/or NGC dealers – and before you ask, no, we are not PCGS or NGC authorised dealers!

Second, don’t buy from unknown online dealers/auctions. And don’t pay any attention to supposed “feedback” on online auction sites, as it can easily be faked. And absolutely don’t buy coins from sellers in China full stop, not even from Wen Jiaboa himself, obviously avoid swap meets and pawn shops too. 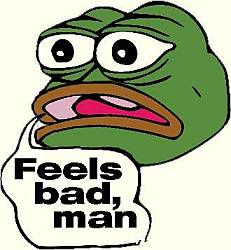 There is a near zero chance that you could ever purchase a counterfeit coin in a Heritage auction (or Bowers and Merena, or Stack’s, or the Goldbergs etc.). And if a problem ever happens, it will be sorted out instantly, but online auctions from unknown seller – I guarantee you’ll get what you pay for and probably less- if it looks too good to be true then ask yourself ‘is it?’, don’t be guided by greed, be guided by common sense.

The comparison is simple: buying a rare coin at a seemingly cheap price from an unknown source is like buying a Rolex watch or Gucci purse for a tenner from a randomer on Pearse Street. There’s no chance the coin/watch/purse is real.

The ultimate solution to the Chinese counterfeits of coins and holders, or any counterfeit coins period, is simple. Know your dealer, know your auction source, buy from registered channels and if you want to go treasure hunting buy a metal detector rather than logging on hoping that some eejit will be selling a 1933 double eagle for €20 not knowing what they are.

Hopefully you’ll never have to deal with the issue of buying a fake, most of the coins we work with in this firm are not numismatics/commemoratives or collectables, they are primarily precious metal purchases (Krugerands/Maples/Indians/Philharmonics), but if you are interested in coins and want to look at anything graded or valuable, not because of the metal, but because of the rarity then avoid anything Chinese like the plague and buy from a reputable source.