Are you getting your full tax relief? 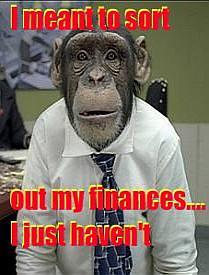 There was an article in one of Ireland’s national newspapers last week describing the major issues surrounding the rescinding and subsequent re instatement of mortgage Interest relief.
For those who are uninformed about this subject, mortgage interest relief (or TRS) was suspended pending the requirement for every person that previously claimed relief to re-apply for it. This was not a move intended to deprive anyone of their entitlements, more a housekeeping exercise to make sure that things are as they should be.

Thousands of Irish home owners had their tax relief temporarily suspended so that a general process of reassessment could take place whereby people would ascertain that whatever they were receiving in tax relief was correct. The Government spends millions every year on the TRS scheme, and with the exchequer being frightfully strained like Mary Hearney doing a triathlon, it was a necessary to ensure that the recipients of tax relief at source were indeed fully entitled to it.

Tax relief at source is a tax benefit/relief granted to a first time buyer for a period of 7 years. Assuming you were one of the ones that got a whopping mortgage in 2004,2005, etc. you can claim up to a maximum of € 208 per month against your monthly mortgage repayment.

Many home owners are not fully aware of their tax relief entitlements, and this strictly speaking falls under the guise of financial reviewing. Financial reviewing is the systematic and standing focus to ensure that people review their finances to ensure they are optimising the use of their money. I once had a client tell me that “I don’t need a review to figure out that I have no money.” Brian was a first time buyer I looked after in 2006, who had since sold his apartment and bought a house. Brian’s pay-packet had also recently taken a hit and had his salary reduced by 20%. His mortgage repayment was also killing him. However, when he had dusted off his head after taking it out of the sand, we sat down and worked through some figures. 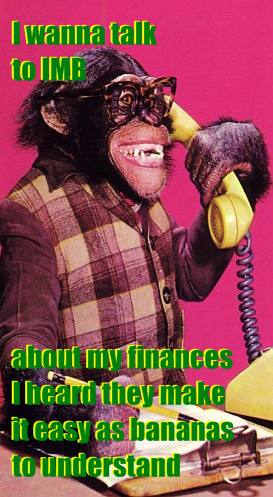 We were able to reduce his mortgage from € 1,900 to € 670 per month! Basically, he was coming off a high fixed rate, plus he had bought again and he had (incorrectly) assumed that he was no longer entitled to any first time buy relief because he wasn’t a first time buyer. However, I quickly corrected him and said that he retained his first time buyer status for a period of 7 years from whence he first bought.

He hadn’t claimed relief in 11 months, and was due a rebate of € 2,288. With this cash, he was able to pay off his fixed rate early, go onto a much lower variable rate. In addition, the bank were able to offer a period of 12 months whereby you could just pay interest only and freeze the capital amount.

Brian was very happy because he was paying € 1,900 towards his mortgage, and now he is only paying € 670.00. Brian also decided to rent a room, which again he for some reason thought he wasn’t able to do because he would liable for stamp duty. He also had an uneasy feeling about the future, but was in a successful company and knew his job was as safe as it could be in today’s environment, but had decided to reduce salaries temporarily in an effort to safeguard the company’s future. Brian decided he would act likewise and start that pension that he had been putting off for the last 3 or 4 years. Brian had explained that he never had € 300 to spare every month, and I then told him that you don’t actually pay it from your bank account; it can bed deducted from his Gross salary, therefore his contributions are “before” tax income.

So, initially, I met a very hassled Brian who turned out to be a very happy Brian as I was able to get him a refund of over € 2,000, start a pension for him, and reduce his outgoing per month was still reduced by over 900 per month.

Jargon plays a major part in the financial industry, but when you scratch the surface, 9 times out of 10, something positive will come out of it, and that’s what we do, we examine a financial situation and figure out ways of doing it better, and for less money, if you’d like to find out for yourself call me on 01 633 9248.

*This post was written by Keith Sheeran who is a financial adviser with over a decade of experience, you can email him on keith(dot)sheeran(at)mortgagebrokers(dot)ie or you can call him on the number above.