Are tax dodgers any different than northern shoppers? 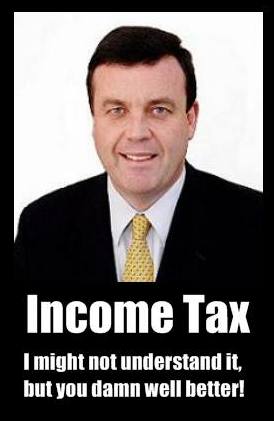 There is an ongoing debate about ways to make the ‘fat cats’ pay more tax, and that there should be a way of forcing people who earn a certain amount to not only pay more tax, but to pay tax here in Ireland. So perhaps a different angle is required in order to determine the rights and wrongs of this.

I know people who drive up north regularly to buy groceries and various other goods, I don’t do it myself, but mainly because I don’t have the time, not because I wouldn’t like to get some bargains! However, there is talk about this being ‘unpatriotic’ and a comment on a radio show was particularly enlightening it was ‘when your kids get sick would you take them to a hospital up north? If not then your tax money needs to be spent here’.

Today Tesco announced price cuts in border towns – I would hope that will spread beyond ‘border towns’ – as a way of discouraging shoppers from going to Newry.

I think it’s fair to say that many of us know a person who does some shopping in the North. How do you feel about that? Personally, I think that it encourages competition, that it doesn’t make sense for some buyers to pay more locally, and it is the way the market works. Others feel that it is an outrage and both sides have perfectly valid reasons for backing up their beliefs.

The north aside, answer this: How many people have bought something online that wasn’t originated or built in Ireland? If you bought anything online that was from the Britain or the EU then you not only put your money into another jurisdiction with zero benefit to Ireland but there is not even VAT when the product comes in, to me getting value for money doesn’t take the state into consideration first, it takes me into consideration first and that’s the conundrum, how does the state encourage people to spend here and not somewhere else? Raising VAT from 21% to 21.5% for instance, is not one of the ways.

What about taxation then? If an individual has a right to decide where they shop and the same rights and options are open regarding your tax status then what is the problem? Countries are like retailers to a degree, each one has the right to charge what it wants in tax, but the shopper (tax payer) equally has a right to shop where they see fit. So if you shop in the north (or if you would shop in the north given the opportunity) you are -to my way of thinking- giving up your right to complain about people who do the same thing with their taxation. 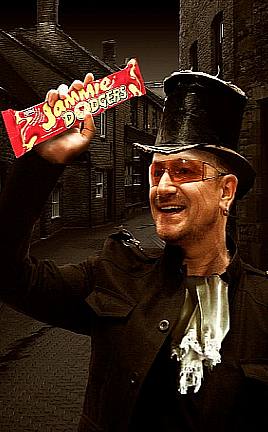 Equally, some companies locate here precisely for that reason, our corporate tax is incredibly low, we are far from ‘tax exile’ status but to some (in the UK in particular) our corporation tax is almost criminal.

Back to the ‘Fat Cats’ though, like a food shopper, or a person scouring the web for a deal on a net-book, people have access to alternatives when it comes to taxation, and much the same as regular shoppers, they will go to some lengths to find better deals.

So while this post isn’t about letting tax dodgers off the hook, or in support of people not paying their taxes, it is trying to get the message across: ‘if you were in the same position would you do it differently? And if so why?’.

The reality is that the high earners already pay more than their fair share of taxes, it is in fact, the lowest paid that needed to be brought into the tax base (the last budget did this) and to keep the tax base alive in the middle class and this is where the ‘shopping in the north is evil’ argument is really coming from, southern shops look at the tax difference in the north and realise, it isn’t that their food tastes better, that the staff are somehow smarter or the service a winner, it is down to the British tax regime, so why not attack the root of the problem rather than the symptom.

The issue isn’t shoppers going north, that’s standard economic behaviour, the issue is the tax system in Ireland, and with offshore tax exiles the issue isn’t what they earn, or that they may have to pay any tax, they are specifically avoiding Irish tax, the northern  shopper and the Fat Cat do have two things in common for certain, firstly they like to find a bargain, secondly, they don’t like high tax costs which are reflected in the price of food for the shopper, and in the choice to opt out for the Fat Cat.

Irish taxation needs to be simplified and reformed, and done in a way that taxes wealth assets rather than doing so in a way that actually discourages day to day economic activities.