Approval in Principle, the flaws. 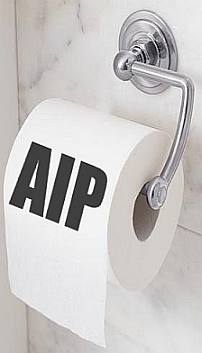 Our firm [and I am sure many brokerage firms] are witnessing a conundrum in the market which is causing both clients and the broker a huge amount of heartache. It is that of the ‘AIP’ or ‘Approval In Principle’ not being honoured by banks over short periods of time. One lender in particular [we can’t name names] is doing that on so many cases that we no longer consider their approvals as holding any relevance.

What is an approval in principle (A.I.P. is the broker-speak we use to describe them)? It generally means that you have given a bank enough information to make a strong [and yet preliminary] decision on a case, sometimes it is subject to further documentation, or they want to get a valuation report before making a full offer, in any case an AIP is NOT a loan offer but it is as strong an indication as one can get without dealing with solicitors, in the past an AIP was honoured almost exclusively and they were seen as fundamental to operating within your budget.

When did banks start to change their minds on AIP’s? Well, like many things 2008 was the year! Although recently they have changed their direction a little in how they are doing it, last year they would say ‘criteria changed’ or give some other equally useless excuse, now they are just telling us ‘we are not doing that deal’. If you want a cure for low blood pressure then try explaining that to a client who was told that an AIP was something that a bank would honour as long as the conditions on it were met.

So we now find ourselves in a situation where an AIP is merely part of the formality of getting a loan offer, and worse again is that we are trying to get loan offers as quick as possible before the banks change their mind and revoke it which puts stress into an already stressed financial system. When an approval no longer means an approval then the only other choice is to get an ‘offer letter’ but doing so will cost in terms of valuations fees, engineer reports etc. and it merely distorts a functional system into a broken one. We strongly urge banks to desist from such calamitous practice, it is one thing to be frenzied in a crisis but another to act disgracefully in the face of it.