An argument for and against property tax in Ireland 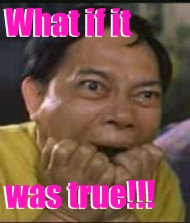 Today’s article will be unpopular with almost everybody, myself included, however, it is not intended to scare or cause frustration, merely it is intended to give a rational answer to an ongoing problem that we have had in Ireland. The problem is that of fair and sensible taxation on property and how to go about it, at the moment property tax is a front-loaded scheme referred to as ‘stamp duty’ and the system for charging is as follows.

This means we can quickly see several flaws in what should be an equitable and sustainable system. Firstly there is the fact that only some people contribute and yet a second time buyer may be at a distinct advantage to a first time buyer because they may have sold a house and they have equity from it. They also have an advantage against a non-first time buyer who purchases a second hand home. This would naturally cause a bias towards new build property, however, is it in the interest of the state to funnel buyers towards new property? 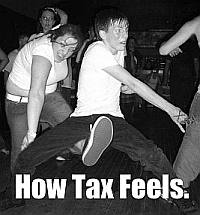 That is questionable, if there is to be any preference for new property then it should apply to all sectors of buyer, investors included, however that would be unfair because first time buyers are not equally matched against investors (who clearly have a stronger financial position if they can afford an additional property). Therefore it means that in this instance all people should be viewed the same and taxation affected the same by the implementation of property tax.

If there is to be any advantage by the state it would be best served as a tax credit that the person can use against income or that they can write off against taxes in ensuing years. Currently we reward first time buyers by giving them additional TRS (Tax relief at source) when in fact it would be cheaper to operate a simple income credit – as this can be managed by employers rather than by running the difficult operation between Revenue, Banks, and the mortgage holder. 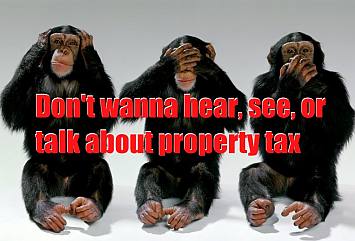 If we look at the amount of front loaded property tax (stamp duty) there are also blatant inequalities in the system such as the high levy placed on commercial property at very low bands, and the fact that an investor and a second time buyer are both potentially buying a property for the second time and yet if it is new the one choosing to live in it gets preferential treatment. There is no reason that good or responsible landownership is a negative thing, indeed it allows at least part of the workforce that inevitably remains somewhat transient to have access to quality shelter.

Property tax would solve several problems as well – namely that of derelict buildings and long term empty properties. The greatest feat of all would be that instead of a one off ‘transactional’ tax such as stamp duty, we would instead get a steady return which would serve the nation much better in the long term. It would also do something that many taxes fail to do, it would put a higher burden on the people who hold the most assets without discriminating on them unduly, in order to get taxed you would have to have a large holding of property, and property is rightly a national issue whereas stock ownership is not. 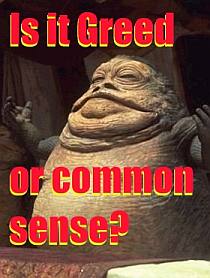 How could this be implemented? What would be a fair way of doing it? There are several things that could be looked at, for first time buyer an exemption for the first 7 years would be agreeable, we should do that and get rid of TRS (Tax relief at source). ‘The larger the house the higher the tax’ would mean we would be more attracted towards property suited towards our needs, for instance: there are mansions out there with only only person living in it and they are receiving state aid while living in an asset worth several million.

That doesn’t make sense when you put it in perspective of a younger person who’s tax is helping to pay that persons pension and yet the recipient lives in property many times the size and value of that which the supporter lives in. It doesn’t make sense from an emotive point of view or from that of what is ‘right’ in many peoples minds but from an objective and economic planning perspective it is the correct way of taxing property rather than up front.

There are various allowances that could be applied for improvement to a property, exemptions against income, allowances for capital expenditure etc. In order to stand any chance of getting legislation passed it would be vital that people who had paid stamp duty in the past are allowed to index that amount and write it off as stamp falls due so if you paid (for instance) €10,000 in 2002 then you would have to be allowed to offset the new bill falling due against that so you are not unfairly punished based on when you bought. 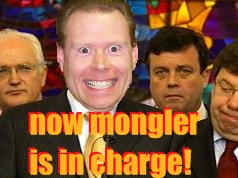 If this was realised and passed then we could see a more rational income taxation system, the reason the current budget is increasing taxes the way it has (even attempting to take healthcare from some of our most vulnerable citizens) is because of ‘transaction tax’ on property. If we had a steady stream to plan on it would mean we could actually lower certain taxes making life in Ireland more attractive for workers and also to ensure that people who hold assets are the ones who must pay for it. The current regime of taxation can be high even when property values are not. Tax (as a percentage) is the same for a property of €700,000 as it is for a property of €25,000,000!

Property tax is not popular but it would solve more problems than it creates and this article is not written with the view of ‘popularising’ the idea, it is merely to state that it would be a more rational approach to taxation and it would serve us better in a recession because under the current system the old surpluses are gone (when we had bumper tax takes due to property) and we have no way to replace them (because people are not buying houses/property). 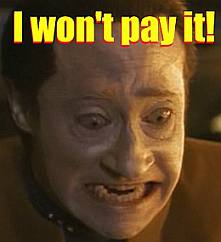 So the real question is: who would be brave enough to champion such a plan? The current administration has backpeddled on several key issues already, and an idea like property tax would prove hugely unpopular irrespective of how much it would achieve. That surmises the ‘against’ motion, the fact is that the most reliable and consistent taxable asset a State owns is the land it possesses, to allow people to accumulate huge tranches of it and not tax the asset on an ongoing basis is not fiscally responsible, however, any party trying to do so would probably be ousted from office so it will not be done.

A simple economic fact is as follows: Politicians are likely willing to do what is required to create a utopian society with proper taxation and other systems such as education and healthcare, the main problem is that nobody is willing to pay for it and instead they would rather ‘somebody else’ foot the bill, for low paid workers they target the ‘rich’, for the well to do they feel that the people who use state services should have to pay and thus we will never actually realise a true working system until such time as both political will and social will find equilibrium.