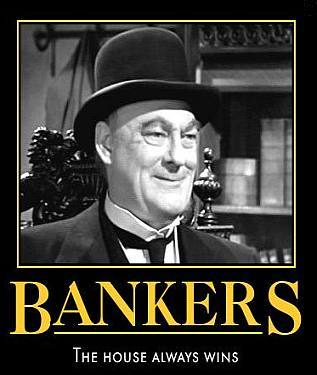 1. Guarantee/ELG costs: The bank must pay an insurance premium for the guarantees.
2. Higher deposit rates: Necessary to attract and retain depositors for the lender.
3. Higher wholesale funding costs: Interbank lending is currently only available at higher rates to Irish banks.
4. Returns on investment: Have been low year to date (reflected in the cost/income ratio)

The margin across the bank has dropped (despite rate cuts) from 2.03% to 1.56%, when they increased rates earlier in the year this brought them back by 14 basis points or 0.14%, so mathematically they have about three more such hikes to get back to 2009 levels; if rate hikes are their only action.

However, as likely is that of operational efficiency – namely job losses. AIB need to shed about 25% of its workforce and to take action fast.

They did this with the intermediary channel, in mid 2008 they cut commissions by 50% and later introduced a ‘cap’ so that even if a broker places a loan for €10,000,000 they can never make more than €1,500 from the transaction. This was hard to deal with as an intermediary but we took our medicine, the issue now is that AIB has scores of under-performing and non-performing branches, they should all be shut down, they should cut as deep into their branch distribution as they did on intermediary distribution in order to give the taxpayer value and in order to move away from a reliance on rate cuts as the only solution to their ills.

Where to from here?

Only 20% of the AIB loan book is on a standard variable rate so they are really lashing out at the only part of their residential loan book that they can, the remainder are 20% on fixed rates and a whopping 60% on tracker mortgages, that means they have no repricing capacity for 80% of their loans. 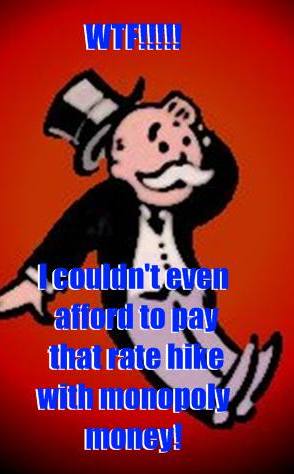 The balance sheet is screaming out ‘rate hike!’, with cost to income too high you have to do one of two things, cut costs or increase income, and ideally both: that signals a rate hike.

With margin across the group falling 25%, and to get it back up from its current 1.56% that signals a rate hike.

With a standard variable that is the cheapest in the market, nearly a full 1% lower than Ptsb it means there is plenty of room and scope for further rate hikes.

They have shown their willingness to address rate hikes and to hammer their customers in order to gain ground, the question now is whether AIB will demonstrate the same courage in dealing with their own staff who it seems are still enjoying gym membership and golf fees on behalf of the bank.

It’s time to make ‘hard decisions’ that might actually impact the people in AIB and not just the customers and shareholders of the bank.