A tale of two developers. 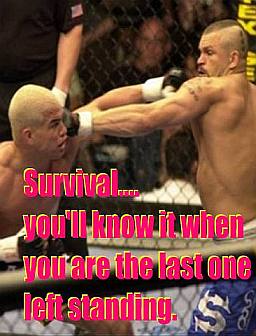 The builders, developers, and even architects I know are all having a really tough time at the moment, with some they are talking to the banks about how much they are willing to lose on the deals they financed because the numbers no longer add up with the market the way it is now. The adjustment is painful, but at the same time it means there are going to be a few who buck the trend, who are able to not only weather the storm but come out of it stronger.

1. They have no stock for sale at the moment, if you are going to market today it means you likely financed the deal on figures which were calculated at 05/06 prices, you paid wages and costs that were high during the remaining days of the boom and now you have property where the cost outweighs the market clearing price.

2. Any land bank was bought a long long time ago, people who were land-banking any time after 2003 are going to really feel the pinch, in fact, land is likely the most toxic asset going and NAMA will probably see a large portion of it being passed to them. Why is land toxic? Well, there are two types, that which is currently under work (see point 1) and that which is purely speculative, no planning, no permissions/local area plan etc.

3. They sold out a massively cash rich deal before the bust and didn’t move into another deal straight away meaning they have the profit to carry them through, although developers of this description are rare, the whole business hinges on continuity of projects, as one finishes another must begin. 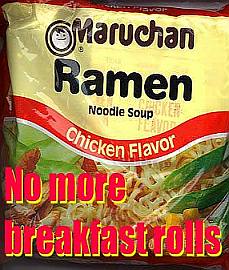 For a builder or a developer to get through they are going to have to be able to find profit somewhere, and if this is the case (interest on loans, like time, keeps marching on) they can’t find that on land deals that were acquired in the mid to latter half of the last decade given the massive drops in land prices we have seen. The one saving grace will be for those who negotiated well, who shared risk with the old owners or who were involved in deals that never made it to market.

Auction bought property from 03′ onwards will be hard to justify as part of a project because the underlying cost the land implies up through the rest of the deal means that only with high concentration will break-even be met.

An interesting thing was happening, and you can drive around Dublin and see this, the city for the most part (outside of regenerated areas) still has lots of medium and large sized houses with backyards etc. This most inner part (we’re going to make concentric circles and talk about each) still has a moderate density given the size of the city, apartment blocks are much more common but equally, apartment blocks are nearly all stock that was built from the early 90’s until now.

The next circle out is the near north/south/west side, and here you find housing estates, the odd apartment block (that generally was built on a field or large house plot from a pre 3-bed-semi era (which was from the 40’s to the 80s’)), and there are also larger houses from the late 1800’s and early 1900’s which were built for the gentry of that age when land was readily available but living in the centre of the city not desirable. 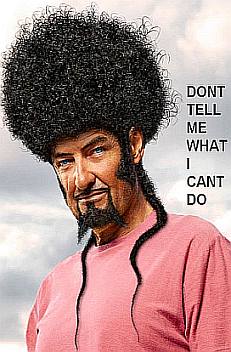 Then you get further out, to the north this begins roughly after Coolock, to the south its after Clonskeagh, and west is any point after the Navan road. This is where we saw a frenzy of development in the last decade, it was the area with the most open areas which were ideal for developers to purchase and create schemes on, and it was also here that we saw wholesale development, but this drove up prices.

In the city the acreage of land available at any time was small, so it achieved record prices,  in the second circle the story was much the same, and as sites became rarer, people began to sit and hold them, or go into extended planning applications meaning the only available land was in the outer ring (Dublin 15 by and large is a brilliant example of this). As prices rose the density of housing that had to be laid down in order to justify the cost of the acquisition and development equally rose.

So there was a confounding thing happening, in the outer areas of the city (Clonsilla, Ongar, Swords, Ballbriggan, Sandyford & Stepaside) you started to see high density building rather than the reduced density one would normally associate with suburbs, look at the massive apartment blocks that are visible in Blackrock, Sandyford, Swords, Blanchardstown, Clonsilla, Belmayne and elsewhere. They are of a size and density which was telling the observer via their architecture, that prices were spinning out of control. The greater density was the only way to make deals stack up.

The properties that are now not selling tend to be in these areas, there is inadequate infrastructure in many, and that gives some insight into the other side of the game, that of the properties that did sell. Areas like D4 and D2 were historically the most popular, high density builds occurred in both (there was no room for an estate of houses!) and they sold, investors know that these post codes are attractive, and yet look at any lettings site and you will see that these same areas have a massive overhang of properties available to let. Currently there are over 600 advertised in just D2 and D4.

So in one case the builder and a few owner occupiers have been left carrying the can, and in the city the investors have been. One welcome relief will be that with the adjustment land prices will return to a point where we can build sustainably and at the right price. The idea of buying a ‘starter home’ just for the sake of it so you’d have the equity to move on in a few years is wrong, you should buy so that you can live and settle down in the place you actually want to live in. The sharp falls we are seeing now mean that many people will be able to do this in the future, unfortunately there is a lost generation who won’t.