A developers side of the story. 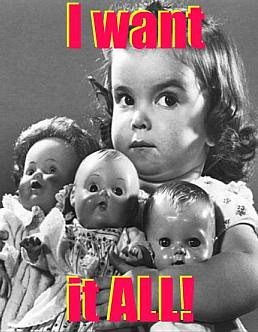 I had an interesting conversation with a developer yesterday who’s company is closing, they would have been a mid-range development company, they built many buildings that we all recognise around Dublin but they are not in the ‘Big 10’.

We got to talking about banks, the public sector, developers and in doing so I asked how he felt about the way developers are portrayed of late, as being at the very root of the crisis and at fault for the course the country is on.

He said that his family had been in the development industry for three generations, they had built it up from the 70’s and put everything on the line in the 80’s to keep going, they took calculated risks but it was their neck they were risking, not the necks of others, and now that things have fallen apart they have lost everything and somehow most of the bankers have kept their jobs.

That is a fair point in many respects, the banks have yet to face up to their overweight staffing levels, thus far they have implemented harsh, perhaps even draconian cost cutting members on their broker channel (dual pricing, reductions in procurement fees of c. 50%), but they won’t do the same upon their own branch channel, for a broker this is frustrating, but as a taxpayer it is enraging to know that unprofitable branches are being kept open while the taxpayer supports the bank, the bailout was never meant to keep jobs in place that shouldn’t exist.

One can argue that developers also caused problems for others, that it wasn’t just their neck but the neck of many that was on the line. To that question I was told ‘It’s like a professional golfer needing a pair of clubs every year to go do their job, if everybody wants golf clubs the price goes up, but that doesn’t matter to him, he has to have them or he’s out of the game’ (this was in reference to land prices). And in a way it helped me to understand the dilemma from a new perspective, developers had to buy land to build or they would no longer be operating. They could have decided to quit, but so could any person from any vocation at any given time and yet we don’t all do that just because things get hard, in fact, we are prone to hold on tighter as things get harder.

The banks also channelled money (sometimes unfairly) at preferred clients who were developer, to the point that they became a single point of risk to the bank, and aggregately this brought systemic risk into the country. Its the debt stupid, too much borrowing.

I am not on the defence here, but what I can say is that developers are not economists, they don’t do forecasts, they are by their very nature risk takers and banks have always known this. When they see people queue up to buy one development they naturally interpret that demand as being high and are thus more confident when bidding and overpaying for subsequent sites.

The people who ‘didn’t cause the crisis’ weren’t holding back as many benefited in various ways from it. The  Unions are a case in point, their benchmarks and income gains were facilitated by the increased tax take from property that allowed the additional pay levels to occur, so while they didn’t ’cause it’ they were complicit beneficiaries and to claim otherwise is a cop out. Everybody blames everybody, and for that reason we still don’t have any answers, nor do we have a system that can prevent this kind of thing from happening again.

The true enemies were greed and avarice, sadly society has yet to remove them from our existence.