A conversation with Kevin O’Rourke 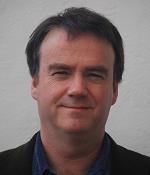 Trinity Economist Kevin O’Rourke received a lot of attention recently which centred around a paper he wrote with Agustin Benetrix and Barry Eichengreen that featured on VOX.

The Sunday Tribune picked up on it with the headline ‘House price fall could be worst in history‘. Fairly powerful statement that! Kevin O’Rourke is a man who I personally have a lot of respect for (an example of his work is in a talk he gave to the CFA last year here) so we were delighted when he kindly took a call today while on a working holiday in France.

My questions are in bold, the main thrust of his answers follow them.

You say a rapid adjustment would be best, what can be done to facilitate that?
“You have to start by wondering ‘do we think the Irish adjustment is rapid or not?’. In general one thing that comes out of international experience is that property prices are quite sticky downwards, vendors take property off the market and new properties stop being built as well. Can policy speed price falls up? I’m not sure, but you don’t want to have policy that slows them down, that much is for sure”.

Should we therefore get rid of TRS? That is just a Government/fiscal incentive toward home ownership right?
“First it might be better to at least get rid of the asymmetric policy of subsidizing home ownership but without property taxes”.

Does restrictive credit therefore help as opposed to hinder the adjustment? If a rapid journey towards a bottom is a good thing?
“Statistically – the more credit is available the more likely it is that the market bottoms out, and the more prices fall the more likely it is to bottom out. We didn’t think about the possibility of restricted credit speeding up price decline, which may get us to the bottom faster. Increasing rates will have a downward effect on prices, reduced credit availability the same. On the other hand they may be helping by allowing the bottom to be reached faster”.

How much further is required (from the index of average prices) to hit bottom?
His opinion – “I agree with Morgan Kelly. In particular there is a total disconnect between rent and prices. There is one property I saw in Dublin recently that had a renting price of €4,000 per month but an asking price of €3.8 million!” (that’s a 1.3% yield if you are wondering).

If our GDP issues are affected structurally (in terms of decreased government spending) and not just by the business cyclical then how will that affect housing?
“One thing that would help for house prices is a resumption of growth, but I think that the ESRI projections of last week were optimistic. Their low growth scenario is perhaps somewhat of a high growth rate when you look at Ireland, I don’t forecast on that topic but if you want to look at different scenarios you could be more pessimistic, there are worrying indicators coming out of the States, the Baltic Dry Index is lower”.

“Austerity across Europe hasn’t kicked in yet. We are committed to taking more out of the economy every year for the next 2-3 years. The British housing market is also back into decline”. The main reason he thought the ESRI was too optimistic was their growth figures of c. 3% over 2011-15. Per capita growth in the USA over the last 100 years has been a little more than 2% per annum. There were ups and downs but on a smoothed basis 2% per annum is about right. You can grow faster when catching up, as we did in the 1990s, but once you’ve caught up on the technological frontier 2% is about as good as it gets per capita.”

Do you think that if we cut deep and hard enough that we could make anaemic growth look good? That it would perhaps represent 2+%?
“That is quite cynical… Something like that might occur if you cut very very deep, output collapses even more, and once that stops you get a bigger rubber band effect. I’m not sure why you’d want to do that. Furthermore, other issues also suggest low growth in the future, for example unemployment – if it lasts too long it can make it difficult for people to get back into work”.

How will rate increases by lenders affect the market? Given that the value is not being passed or maintained, and that banks are actually capturing the value in the market?
Higher rates would have a downward effect on prices, and our results show that low rates affect the probability of bottoming out positively. It’s a crude correlation, the lower the real interest rate the more likely it is that the market bottoms out. Interest rates are going up meaning we can expect an acceleration in housing price deflation.

Any plans to stop renting?
No.

What parameters did you use in the calculations? Where are the weaknesses in your calculations
“Perhaps we haven’t adequately accounted for the five core variables interacting with each other to the degree that they might have, they were actually viewed as being somewhat independent”. The calculations were based on a group of countries including Ireland and then the average results were applied to Ireland, as opposed to being based on Irish experience alone.

“We took conditions in other countries: the regressions looked at what correlated in those countries with the end of housing slumps, and what we found was that the higher was GDP growth and credit growth, and the lower were rates, the more likely it was that the slump stopped. Smaller prior bubbles and larger price declines during the slump had the same effect. Our approach was a binary yes or no one: did the slump end in a given quarter? Monetary policy is factored in (via real rates and credit availability).
Why do different countries bottom out?

“Different countries bottomed out for different reasons. In the States there’s a 1 in 8 chance of a bottom, and there is a 16% chance in Japan and  in Germany. In Germany this is based on the bubble not being too big to begin with, in the US and Japan it’s due to the very large price decline to date, low rates and signs of higher growth . But remember: one in eight is less than one”.
ENDS