Why is the bank asking for my marraige licence? 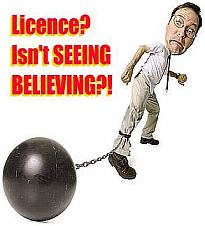 The approach of underwriting in banks is an ever changing beast, sometimes they seem to focus only on payslips and p60’s, at other times its Salary certs and bank accounts for the last six months, recently we have seen a rise in the number of people who are being asked for marriage certificates or ‘marriage licences’.

Initially it seemed a bit odd and then (this is one of the times where you grin realising the world has changed and failed to inform you) we saw that it was always coming up in married couples where the woman hadn’t changed her last name to that of the husbands.

In our office its a 100% change from the old way, none of the women have their husbands names, and of the  married men, none of their spouses took their names (myself included). It seems there is a serious social shift in place with the current generation of people getting married, it would seem that fewer and fewer women are taking the husbands name.

This is interesting on a few levels, firstly, it probably tells us that women are living more professionally developed lives where they are no longer an extension of their husband and they have their own careers and are known by their name to the degree where it doesn’t make sense to change it, and also that men don’t care as much about their wives choice in last name and to me that would be a sign of increasing equality (it hopefully won’t end with lots of double-barrel last names though!).

With such a staunchly Catholic history it probably concerns some of the senior people in society as yet another example of ‘traditional Ireland’ slowly fading away, but for me at least, it is a sign of progress, women can and should have their own lives and not feel obliged in making a marital commitment for life to take a name in the process any more than a man would change his name, the people who are in favour of it will do it anyway, but at least those who don’t are not made to feel odd for having done so.

And thus, we learned a little more about mortgages from the institution of marriage, namely – if you don’t both have the same last name you’re going to need a copy of your licence! Such is the price of progress.