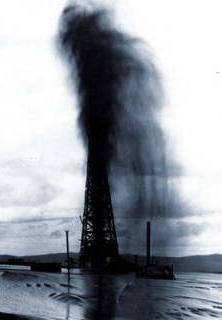 Every time oil breaks the $100 a barrel mark there are teams of analysts willing to make calls like $200 oil, recently one even said (without cracking a grin) $250 oil.

If we debase currencies enough then there is no upper limit on oil prices (think Zimbabwe Dollars for a moment), but how likely is that with the USD? If you think ‘very likely’ then stop reading, if you think dollar hegemony is there to stay at least a little while longer then continue – bearing in mind that every time there is a crisis people run into USD and the world won’t run out of crises any time soon.

This is furthered on the options market where somebody was willing to buy the right but not the obligation to purchase oil at $250 in December. To use their own parlance, I have four words for them ‘out of the money‘.

The last time we went through this cycle was 08′ and in 09’Dated Brent averaged $61.67 per barrel, a decline of 37% – the largest decline (in percentage terms) since 1986. Global oil consumption declined by 1.2 million barrels per day (b/d), or 1.7% [the largest decline since 1982]. In the OECD consumption fell by 4.8% (2 million b/d), a fourth consecutive decline. Outside the OECD, consumption growth slowed to 860,000b/d, or 2.1%, the weakest percentage growth since 2001. China, India and Middle Eastern countries accounted for all of the non-OECD growth.

‘That was a recession!’ I hear you say, well, even now, during the ‘recovery’ demand is dropping.

US oil analysts often look at the PADD’s (petroleum administration defence districts) and this in turn tells us some interesting news. PADD2 stocks of crude oil are at record highs over 100M barrels. PADD3 crude invento-ries are at least 10M barrels over the levels we were at during the same period in 2008. PADD1 stocks are about 2M barrels lower, but the refinery system in the East Coast has been reduced since 2009 and with oil prices so high and margins tight, it’s doubtful that we’ll see any major changes very soon. Overall gasoline stocks are only about 3M barrels higher than 2008, but PADD3 alone is nearly 8M barrels higher in compari-son, so supply is up but demand isn’t, what does that say?

While the idea of ligt sweet getting rarer is fair, but calls for wild oil prices disregards demand.
Global production is c. 85m barrels a day, global demand on the other hand is actually not rising (faster than production capacity). ‘Sweet crude’ incidentally, got its name from the taste, ‘Sweet Jesus’ on the other hand got its name (in my family anyway) from the impact my behaviour growing up had on my parents.

Back on topic: all eyes are on Asia, currently China is the second largest consumer of oil (8.2M b/d). Their economy is also the second largest (GDP 9.8T). Their growth rate has been consistently over 10% the past few years and they managed to skate around the global recession for the most part.

Despite all of the horrible things we have heard about Japan being in a decade (or longer) slump, they still hold the number three position among countries GDP (4.3T). They are also still a strong third in oil consumption (4.3M b/d), well ahead of India at 2.9M.

China is Japan’s biggest trading partner, accounting for nearly 20% of imports and exports of their GDP. Have to start to think as one starts to stumble, the other will follow. This will have a big impact on the oil markets. Despite everyone’s fear about the Middle East, that oil is how those economies survive. Oil will continue to be sold. The bigger issue is when you crip-ple the economies of the #2 and #3 oil importers, who’s left to buy the oil?

Let us harken back to that ‘containable’ sub-prime crisis, in this interconnected world, nobody gets to rise while their neighbours fall and for that reason I think there will be a crisis in Asia outside of Japan and that oil won’t be long returning to below $100 for another few years.