For Sabrina: NAMA in Crayon 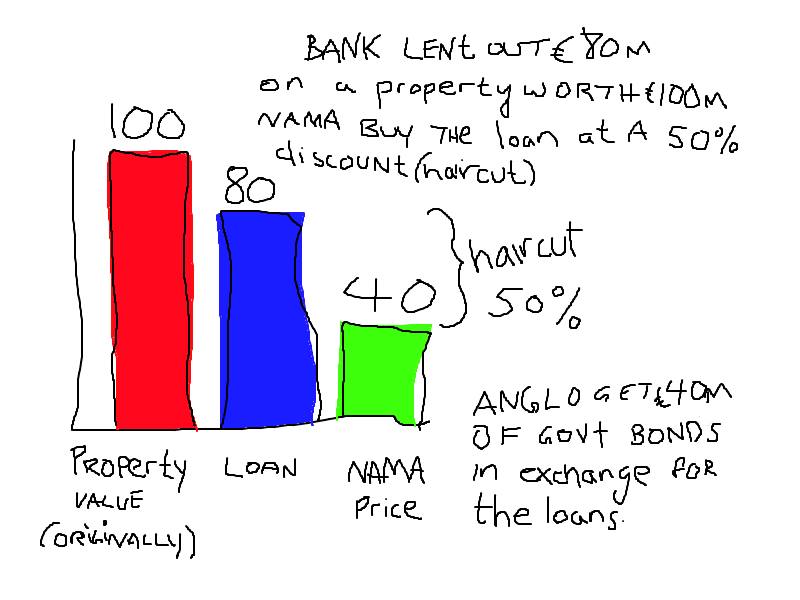 What happens with NAMA: They buy loans (secured on properties) from the banks in order to remove doubt about the safety of the bank to its depositors and investors. Banks work on what’s called ‘fractional reserve’ so they never have the full money they need to cover themselves and that is why they fold when you get a ‘bank run’ (everybody looks for their money at once).

The idea of NAMA is to buy the loans [by issuing government backed bonds] at a discount because there are going to be likely defaults and non-payments in lots of the individual loans that make up the tranche (or group of loans bought). The bank then have Government bonds which they can use as collateral to obtain finance. The entire thing is basically a rip off but that’s the rough idea of how it’ll work.