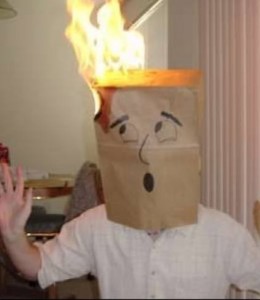 Secondly, to set solvency and reserve requirements for banks, at times there are significant asymmetries in information within the consumer/institution relationship, or worse still, information gaps (where both institution and consumer don’t have full information – as happened in the sub-prime loan market in the USA), when nobody can determine the quality and reliability of a financial product a strong regulatory environment will ensure that banks are in a position in which they can weather the storm.

Thirdly, the provision of safety nets such as investor compensation schemes or deposit insurance. The downside of these are the degree to which they can promote moral-hazard, in other words, consumers stop caring about the strength of a bank balance sheet because they feel protected at any cost and equally banks may decide to take more risk than they normally would expecting a bail out if there is ever widespread panic.

From an Irish context our regulator is a failure in each of these examples, in the first example the Department of Finance has done a far better job of balancing the internal and external shocks to the Irish financial system.

On the second issue they didn’t encourage anti-cyclical provisioning, indeed, reserves should be set aside with a multiplier that rises as the wider economy goes up, this means that more is set aside the greater the upside volatility in order to be prepared for the downside volatility that often follows any boom. Dynamic provisioning is not a feature of the Irish regulatory framework.

On the third front, our deposit guarantee scheme had a paltry €527m in it last year, this wouldn’t be enough to save our smallest bank, and meanwhile the lenders have in effect been bailed out, the profits of capitalism have been privatised but the losses made into a public issue.

The Regulator is an entity which has not been sufficiently brought to question for their role in the financial crisis in this country, they are the police, the guardians at the gate, the very fact that bank balance sheets exploded on their watch while they stood by and did nothing about it are evidence that they were not fulfilling their mandate of protecting the economy from systemic risk, while the individual banks are to ‘blame’, it must be remembered that they have no mandate for the protection of the wider economy, they are, by their nature machines of greed and decisions are made on capturing market share and profits, any protective measures are made in favour of their balance sheet, not the national interest.

Their behaviour was akin to that of a police department sitting by while the city is looted, we paid the regulator to protect us, to be our caretakers, to keep the enemies from the gate, the costs of this failure are ultimately born by the taxpayer, and now, to a lesser degree, by the banks. Where are the calls for their public tribunal? Where are the answer? Quis custodiet ipsos custodes?