Disintermediation – can you beat the banks with alternatives? 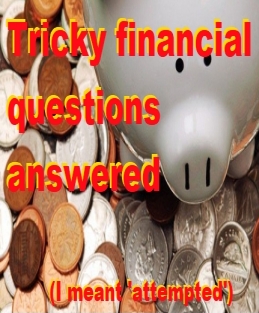 Banks take money from depositors, lend it to borrowers and keep the difference between what they pay the depositors and what they lend at, this is the most basic model of banking, and it’s called ‘financial intermediation’.

This doesn’t mean anybody else couldn’t do something similar if they had money and wanted to lend it to another person, the whole idea of letting banks do it is ease of use, that they have risk taking ability, and some indemnity because unless huge tranches of the loans they do go bad you don’t lose your money, on a one to one basis you only need one bad loan to have 100% losses.

It is sometimes a risk worth considering. Take for instance if you have a family member who has substantial money and they want to help out a relative. Depending on the type of relationship they can’t ‘gift’ them the money, nor may they want to, but they can lend them the money.

Doing this means you have to get two different lawyers to draft up the loan (so it is at arms length) and it has to be at a commercial rate or you are getting a benefit of some sort. ‘Commercial rate’ can be whatever is the best mortgage rate available on the market at that time.

The lender will then have to pay income tax on interest paid to them. This moves them from the DIRT rate of tax they would have gotten on deposit into the higher rate (potentially) if they have a job. If however they are only on the standard rate it would actually be better to earn income this way. You will still have USC and PRSI (you also have USC on deposit income) but will not be significantly worse off.

The borrower has to make regular payments and should keep all documentation so that if they are ever inspected that it stands up to the rigour of a Revenue inspection. In fact, it is not clear that a first time buyer (for instance) wouldn’t qualify for tax relief at source, although in this case it would be more akin to the older version of tax relief where you actually apply for the credits and get them once a year.

The legislation is there to provide relief for loans used to buy the first home. In practice however, you would have to contact your local tax office and give them the full details and documentation, as this is an unusual set up they’d have to look over it for you to get mortgage relief.

It could be a way though of drawing down a mortgage rapidly to avail of TRS (if they rule in your favour). Something I was asked recently was what would happen if it was a notional loan – this would be where a person owns a property outright and changes the deed into another persons name creating a loan note in the process, I have yet to figure that one out!