Where will the rent takers hide next? 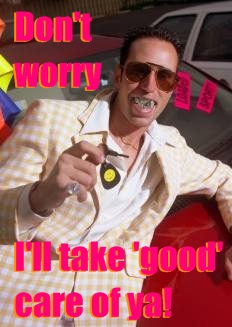 Taking rent is perhaps the best and yet most unproductive part of an economy, in the past we have spoken about the concept of ‘rent taking’ regarding economic bubbles and the effects of same. The last few years have seen rent takers jumping from one resource to the next in search of a good place to rest.

In the dotcom boom the rent taking was in the real estate of cyberspace, buying ‘probable’ names and sitting on them was popular until it proved to be a pointless exercise as companies found other ways around the problem, in some cases (such as 20th Century Fox re-branding because somebody bought 21stCenturyFox.com etc.).

After that the low rates and capital gains to be found in housing caused the next boom bust, it is fair to say that it was the land owners (the original rent takers) who did the best in this scenario. In any case the money left housing from 2005 onwards (for instance Berkely group sold off half of their 26,000 land banks and distributed £1.4 billion to their investors).

The money then went into commodities, Gold and Oil benefited both seeing historic highs in 2008 (along with a crash in the same year!). The issue now is that rent takers are running from one haven to the next at a faster rate as they look for safety. This is speeding up the increase and contraction cycle which will ultimately end when fortunes are wiped out. The bond market is the latest to feel the strange hand of flights to safety, last week there was a negative bond yield on the 4 week money in the USA, this accompanied the backwardation of gold for the first time in history (it had happened to silver before).

The question is – when bonds feel the blow out (there is no reason for them to escape) what will happen? Where will people hide then? There are not many ports left in this storm.