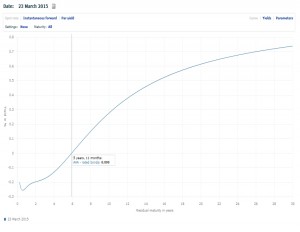 This spells lower returns all round.

Variable rates are high(er) now, but will fall as competition for the existing pool of lending heats up, part of lending expansion is about taking business from your competitors.

And then you have the lower future expectation and that aforesaid competition will be part of what also lowers rates.

For this reason taking a one year fixed, availing of the lowest rate and then (if things work out as per expectations) coming off it you have a choice of going on to another fixed rate that is still likely to be low, or the variable which may have caught up by then.

What you want to do is have the lowest cash outlay possible given credit is a uniform product, there is no ‘better mortgage’ in terms of the function of credit, only better prices.