What is going to happen to gold prices? 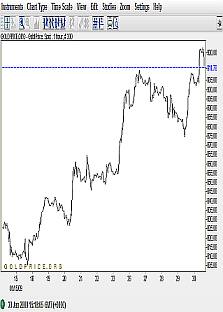 For quite some time (since late 2007) we have been advising our clients to buy gold, and  not many have listened! Today gold is once again trading above $900 per ounce, the current spot price is c. $913 per troy oz. Some commentators are now taking the view that gold will surpass the $1,000 mark per once and for all and remain in a secular bull market, this is contrary to many who felt gold was a ‘bubble asset’ up until recently.

Is gold in a bubble? Strictly speaking the price has risen enough to have bubble characteristics, and despite any bull arguments given for the upward trend one truth remains, ‘trees don’t grow to the sky’. Having said that, there are events in the world economy that challenge the bearish view against gold. For a start, gold is not the only noble metal witnessing gains, silver, platinum and palladium are trading strong as well, investors are finding physical supply difficult to come by and some countries such as Vietnam have a ban on the importation of gold.

Currency movements have had function in the rise of gold, as the dollar weakened gold rose, and if you look at historic gold prices it wasn’t until the USA un-pegged the Dollar from the gold standard (which had it priced at $35 an oz) that gold moved much at all, it is a store of wealth, and the only true monetary metal – albeit nobody uses it as actual money. 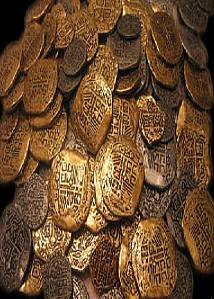 The situation now though is that credit contraction will do one of two things, it will either force up the price of gold or it will force liquidation of gold in favour of currency (for which to stay liquid) and the price will drop. A part of me believes the latter to be likely, another part thinks the former will happen. If I had to make a prediction it is this – there is still enough liquid cash in the right hands in this world to create demand for coin and bullion. Gold will break $1,000 in 2009.

Other metals such as silver are faring better after a strong fall off in 2008, silver does have many industrial applications but as deflation reduces demand the demand for silver equally drops and that is why gold will do better in a deflationary market, silver suits high industrial output markets (bull markets).