The Mortgage Restructuring Arrangement Bill 2013, a brief look under the hood

This is a piece of legislation currently at Bill stage, I can’t help but think they didn’t get anybody involved in the actual mortgage industry to contribute to this.

It was put forward by Deputy Joan Collins who is part of the new political party United Left (please update that website folks!). The ideas put forward do have some merit, but it smacks of left wing thinking wrapped up in centrist jargon which might stand a chance of passing a slightly right of centre decision making government. 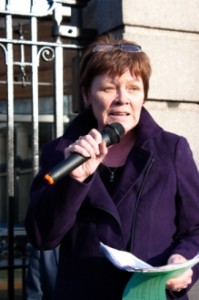 Much of it has similar references to the Insolvency Act 2012, with a difference being that this is a negotiation that can be acted on independently of the insolvency solutions. It could probably do with some re-writing, for instance at several points it talks about people who don’t make it through this being able to go for a DRN, DSA or PIA – when (for instance) a Debt Relief Notice is not appropriate for mortgage holders.

The main thrust of the bill is in parts 8 and 10. Part 8 describes a process whereby a mortgage can be negotiated, oddly the time period is mismatched with insolvency protective certs and proposes 56 days instead of 70.

How it actually works is as follows: There is the usual communication by the borrower to the mortgagor that they are seeking a restructure and they give notice along with a prescribed financial statement. The creditor can also make a submission to the insolvency practitioner (although PIP legislation doesn’t acknowledge this yet so we’ll call them the ‘loan arranger’ – simply because I like the ring of that with the wordplay on exacting justice).

They seek to get a meeting to make a negotiated restructure, and assuming everybody gets along famously it goes ahead with the usual caveats of not being able to initiate legal proceedings etc.

This is pretty basic stuff, then in section 10 it outlines some mandatory requirements. First (of importance) is that a loan negotiated must be based on ‘an amount not exceeding 110% of the market value of the property’ and where over that amount the debt is classed as unsecured. It is noteworthy there was no mention of interest rates applicable (such as prevailing rate already on the loan), that’s a lacuna sure to be abused on the creditor side.

After this there are the usual requirements of passing a solvency test, suitable sized homes (something the United Left don’t agree with, at least one half of them anyway)

So far this bill is all about things that can happen anyway, the only change to status quo is a directive that mortgages are considered at 110% of market value, although in insolvency you do take the market value or debt (lower of two) for voting rights it’s different, this is putting that into the proposed agreement.

The whole crux of this legislation hinges on section 11 and 12. Specifically that there is recourse to the courts to make an arrangement hold. This is putting a legislative foundation under pre-agreed contracts and that in itself is very risky (deserves a separate post) but perhaps admirable.

But why do it with a whole new act? Surely this single segment could just be worked into insolvency via a miscellaneous provision or some supplementary act? Why make a new bill? It already alludes to using insolvency practitioners in the process?

The other big change is in mandatory participation under section 13, this is where a court can demand a joint debtor is part of the process, honourable cause given the amount of mortgage distress that is linked to relationship breakdown, but in terms of making a workable process there is no time-line or operational direction given on this point, so hopefully whatever court is dealing with these demands can get the job done in far less than the 56 days the person has to get it all sorted out!

It would be nice to see a more robust list of suggestions, there was no mention of underwriting in this, no use of real life mortgage industry tools, and in the main a whole bill dedicated to something that doesn’t need a new Act to exist, it could be a future amendment because it all really hinges on only two points.

We are happy to offer our industry experience (for free as we do to all political parties even the ones we don’t see eye to eye with) but I have a feeling we won’t be getting called on this one!