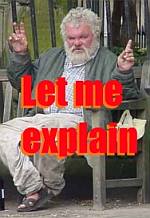 Suppose that every day, ten men go out for pint and the bill for all of them comes to €100. If they split their bill the way we pay our taxes, it would go something like this: 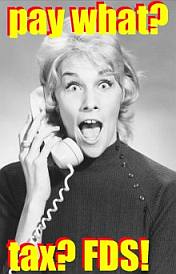 So they split the bill in this way, satisfied that they were all paying to their means.
The ten men drank in the bar every day and seemed quite happy with the arrangement, until one day, the owner changed the rules. ‘Since you are all such good customers,’ he said, ‘I’m going to reduce the cost of your daily pint of plain by €20.’Drinks for the ten now cost just €80.

The group still wanted to pay their bill the way we pay our taxes so the first four men were unaffected. They would still drink for free.
But what about the other six men – the paying customers? How could they divide the €20 windfall so that everyone would get his ‘fair share?’ They realized that €20 divided by six is €3.33. But if they subtracted that from everybody’s share, then the fifth man and the sixth man would each end up being paid to drink his beer. So, the bar owner suggested that it would be fair to reduce each man’s bill by roughly the same amount and he proceeded to work out the amounts each should pay. 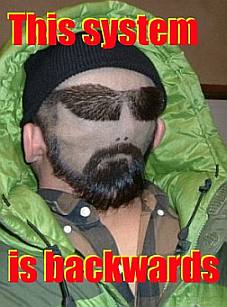 The first four continued to drink for free. And each of the remaining six was better off than before, indeed the fifth man now drank for free too..But once outside the restaurant, the men began to compare their savings.

‘I only got a euro out of the €20’ declared the sixth man.
He pointed to the tenth man,’ but he got €7!’
‘Yeah, that’s right,’ exclaimed the fifth man. ‘I only saved a scabby euro too! It’s unfair that he got seven times more than I did!’
‘That’s true!!’ shouted the seventh man. ‘Why should he get €7 back when I got only two? The rich people get all the breaks!’

‘Wait a minute,’ yelled the first four men in unison. ‘We didn’t get anything at all. The system exploits the poor!’

The nine men surrounded the tenth and accused him of riding the system and taking advantage of everybody else, then they beat him up.
The next night the tenth man didn’t show up for drinks, so the nine sat down and had beers without him (Mr. Tenth Man moved off shore). But when it came time to pay the bill, they discovered something important. They didn’t have enough money between all of them for even half of the bill!

And that is how our taxation system works. The people who pay the highest taxes get the most benefit from a tax reduction. Tax them too much, attack them for being wealthy, and they just may not show up anymore. In fact, they might start drinking overseas where the atmosphere is somewhat friendlier. 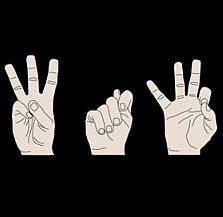 This was taken from an email forward that I got, the author is unknown but it does raise some interesting thoughts. The view is correct but not complete, because taxation isn’t simply there to pay the government, it allows for distribution rather than concentration of wealth and is there for the creation of a large and functional middle class.

The idea of low taxation for the rich (endorsed by Reagan and Bush 2.0) created a debtor nation from a creditor nation in the first example, and turned the largest surplus in the largest deficit in the second example. Clinton who taxed the rich highly helped create the surplus that Bush burned through (and kept on going!).

Ideas such as flat taxation would actually tax all but the wealthiest the most, so perhaps the regime of taxation will one day have to look at the way they do things differently, which is to take something constant -such as land- and tax the nation based on that as it is fixed and can be forecast accurately, wage based taxation has only lead the nations that have used it (starting with Britain in 1799) to an endless cycle of booms and busts.