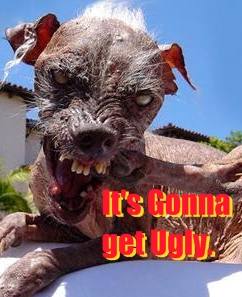 Michael Lynn famously fled owing tens of millions of euro to banks and people he had ripped off. The last I heard of the lynngerbread man was that he was in Hungary and was meant to make a court appearance via video but was too ill, although not as sick as the innocent people he stung for their hard earned cash. That aside, doing a runner can be a natural instinct when under pressure, I am certainly not condoning it, but on some level I do understand why he did it.

The thing is, perhaps solicitors were just the first group in the chain? Likely their house of cards fell down first. That leaves us with builders, developers, and some brokers and bankers who may decide it is easier to up sticks and run.

I think that the majority of people have the integrity to face up to the hard realities many of us face from time to time and on the whole I have faith in builders and developers alike. We can’t ‘blame’ them for the way housing went any more than I can blame a home-owner, getting into the blame game doesn’t fix anything and in any case there were many macro-economic factors that played into the picture. However, I am curious as to who may be the first person to run. 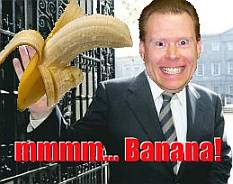 Rates have hurt many companies in construction, then there is the capital calls being made as a result of land values dropping, add to that the diminishing revenue returns (Revenue will fight tooth and nail in the current environment to withhold all they can) and a stagnant market all add up to create what is probably the hardest time the construction industry has seen in over 20 years.

There are bankruptcies and high court orders aplenty as of late and at some point I think it is fair comment to say that somebody will dash rather than face up to it. Michael Lynn is in the EU and we can’t seem to get him back and that sends out a strong message at least in my interpretation: You can get away with it. For now the rumour mill remains running at full speed.