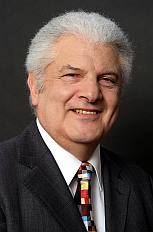 I called Fred Harrison in connection with a book review I had done for the national broker associations magazine ‘The Professional Insurance Broker’, I wanted to send him on a copy, what was meant to be a quick hello/goodbye turned into a fascinating chat on the topic of property taxes.

I think that is profound, the public sector don’t waste in the same manner and it is important to remember that in any debate. However, when it comes to running a tight budget the private sector is head and shoulders above the public sector, and that is where the concept of ‘waste’ comes into play. This inherent dilemma was solved in a sentence (for me anyway!) yesterday.

‘The public sector must capture the gains the public sector creates and take it away from land speculators, bankers and anybody else who tries to capitalise their work’. Simple and yet genius. We shouldn’t be using the tax and transfer system via wages, it would make far better sense to let people keep what they earn and instead tax them on the services received and infrastructure used, property tax with services tax and a few other simple concepts would achieve this, and perhaps we might (if this was embraced) end up with a tax system that people understand!

The focus is all wrong, we shouldn’t concern ourselves with the public sector being over or underpaid, rather, their income should be a reflection of the services rendered and then spread that accordingly, that is how any business works, you don’t set your income based on what you reckon you want whether the money is there or not, you set it based upon what actual money is in the account, and that needs to be determined by a system where the reward comes from the service. How crazy is it, when you actually think about it, to tax me or you on our actual job earnings in order to pay for a road outside of your house? They are totally unconnected concepts and events.

The idea of changing the way that we collect taxes is a central theme in Fred Harrison’s work and he works on data sets going back over 200 years to prove that land and property have been central themes in financial crises since modern economies began. If his thesis is correct, a change in the manner in which we collect taxes would make a huge difference to this, and it seems to be largely backed up by well thought out research, TCD’s Constantin Gurdgiev did an excellent paper on the topic recently.

I won’t get into the minutiae of property tax (I’ve done that too many times in the past!), what I will talk about is the old nugget that gets thrown at you every time you mention property tax, it is the opposition trump card and all pervasive example….. ‘What about an old widowed pensioner who’s only income is social welfare, and they live in a house worth a million’. 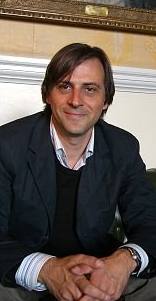 That is a natural example to consider, because when it comes to tax the concern isn’t really about those who can and will pay, it is to be mindful of those who can’t (as opposed to won’t). I struggled with this question for some time, it is poignant because it is a real life example and many of us likely know a person in this very situation. How is property tax ‘fair’ to a person like that?

And that is when I was told ‘stop for a second, if we want to talk about fairness in its truest sense then we need to ask ourselves ”who created the value of that property” is it existing as an island of wealth on its own? Or is it due to the amenities in the area,? The schools, location, transport and other things? We take a complex variety of these things and they are interpreted in a market fashion by ‘price’.

The value of the actual ‘Land’ isn’t theirs, that particular element of value was created by the state and should be the source of revenue for municipalities’ (note: he didn’t mention the value of the property/house on the land, that is created by a person and the additional wealth it offers can be private because the creation was private).

The value of a property is indeed largely accounted for by public spending but the property is held privately, in my own neighbourhood I didn’t pay for the Dart, the two large city routes next to me, the school, park, playground or anything else which make the location desirable, granted, I paid tax (haven’t figured a way out of that yet!) but it was from the communal pot that the money came, in particular I don’t have to pay for any of the benefits my area offers.

Back to the widower though, if they truly can’t pay then there are options, the coldest being ‘you are thus consuming far above your requirements and that is a personal decision, live with the cost’ this is the same argument you would use from an environmental perspective if we brought in a weighty fuel consumption tax (on the price of petrol) for a person who says ‘I’m old and widowed and all I have to get around is this four litre engined Mercedes’, grin if you like, we all understand the communal value of the environment but it seems to stop there.

The option would be to use a Californian method (evident bias: I’m a Californian!) where the person in retirement has a choice, they either pay and have an unencumbered property or they can start to accrue tax plus interest and it is paid upon death (at the transfer to their estate), the obvious second line in an Irish context is ‘what about the poor kids inheritance?’ [note: everybody seems to be widowed, a granny, on welfare and orphaned when we have these conversations]. The fact is that if kids truly want to have the property as-is then they could offer to pay the tax, if they don’t want to then the truth is that they don’t see the point and wanting to keep the asset but not pay is just rent seeking, which is fine, its just not justified.

We need to make some serious changes in Ireland, perhaps in the entire western hemisphere, if we are to change the road we are presently on in which increasing amounts of wealth and power are distributed to the East. Every nation has its moment in the Sun, their time to shine, the west does have the option of creating an economic daylight-savings time and ensuring this twilight occurs further down the line, the question is ‘do we have the appetite?’. If we do then the fundamental system of taxation is one of the core issues that must change.