Below are two charts of the Euribor yield curve (many thanks to Bank of Scotland Treasury for their excellent daily reports!). 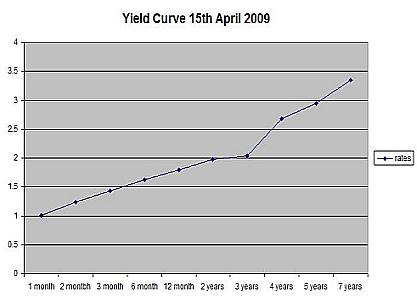 Here we can see that there is not much of an inflationary expectation at year two or three, it is virtually a dip at the 3year mark, then there is some uncertainty, in year four it goes up by about 75 basis points, then we are back into a general steady upward trend. 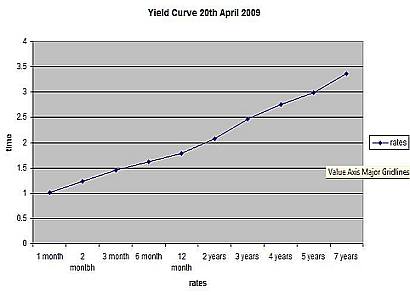 Only a few days later and the three year price has shot up by 50 basis points, we would read this as being an indication that the markets are forward pricing in some expectation of inflation at the two or three year mark, if the rise filters through to the left hand side then it will be showing a stronger and stronger likelihood of this happening. Appropriately banks have just raised their fixed rates meaning that the window in which people on variables can cash in low are getting smaller.

That doesn’t mean the window wont’ open again, for instance, we saw the 10yr money from one Irish lender drop then rise then drop again (having since gone back up), but it is under constant adjustment. Having said that, have a read of our previous article ‘to fix or not to fix‘ which should give some of the reasons for why you might want to fix while the going is good.