Emerging markets dont' have it any easier 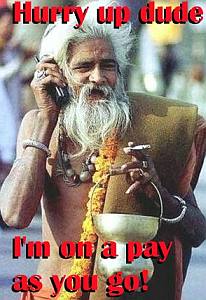 For many people the transfer of wealth from west to east is a cause for concern. China’s unbridled rise (one which some believe will place them in the seat currently held by the USA), with India not far behind is one aspect of it. The other is that of oil rich middle eastern countries using their Sovereign Wealth Funds (SWF’s) to buy up assets of western companies a knock down prices – although to be fair they have lost billions by doing so as values fell further since the time of purchase.

However, it seems that in this global world we truly are all connected. An article in SiliconeIndia has indicated that within the next ten days many companies there will have to shed 25% of their employees in order to cope with their financial crisis. The Reserve Bank of India has moved their rates to 9% at one point then dropped them to 8% and is holding them there for now in order to fight off the 11% inflation they are experiencing. Trading on Dalal Street is no easier than Wall Street.

The central bank in China (called The Peoples Bank of China) has had to drop their interest rates as well, they have excellent reserves but are also concerned about rampant inflation which is driving up consumer prices faster than growth – earlier this year we covered the failed price fixing of pork in China.

The common thread is that emerging economies rely on the first world to buy the products they make, the first world is no longer buying and colateralized debts know no jurisdictions, many of the debts created with leveraged deals have ended up all over the world and the success that has come brought a wave of inflation with it. It was said before that America sneezes and Europe catches a cold, it seems our colds travel east and turn into flu’s.