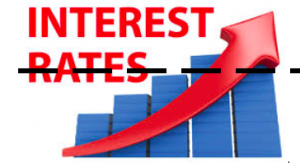 In comparison most countries in the European Union have interest caps on high priced credit. Twenty one of the twenty eight countries in the EU participate in capping interest rates for loans. These nations include Germany, France and Italy. Germany established that interest rates that are more than double the market rate of interest completely lack moral legitimacy of providing credit to poorer individuals that need it.

However, the connotation of having higher interest rates equating to poor borrowing conditions is not always disadvantageous. If the economy is booming and their is a growing demand for loans, businesses and individuals will be willing to pay higher interest loans. Banks are able to create more profit margin from these loans and the economy can continue to progress.

The ultimate question is should Ireland have concerns about introducing a interest cap on loans? The group of individuals attaining these loans that have extremely high interest rates are mainly women who come from poorly educated and impoverished areas. Fear associated with instilling a new regulation on interest rates is the fact that availability of credit may decline. Decrease in supply of credit could then lead to an increase in illegal moneylending.

The Central Bank already regulates the registration of moneylenders. Thus the Central Bank will not register a lender charging staggering interest rates. The existing system for registering lenders serves as a cap in itself.