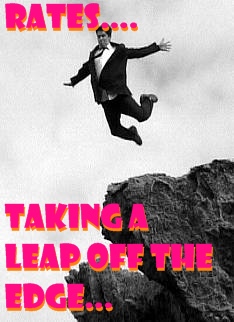 Only a two days ago I wrote about the Bank of England considering a move to the lowest interest rate in the history of their central bank. They are now at a point of getting close to what is a ZIRP (Zero Interest Rate Policy). In essence, compared to the history of the Banks interest rates this is almost the equivalent of zero interest as they moved their interest rate down by 50 basis points from 2% to 1.5%

The USA is now at their lowest interest rate ever, UK is the same, Bank of Japan are at what amounts to a ZIRP (for the last 20 years almost!), and that means there is little choice but for the ECB to follow suit. The question is how much and how soon? Next weeks meeting will likely bring a 50 basis point or more.

When rates are at very low levels the normal result is for asset prices to rise rapidly, but can that happen in an already inflated property market? Probably not but it might stop values from crashing far beyond their fair market value, in the same way that high rates would have stopped properties from becoming too over valued during the property bull market.

The Bank of England was formed in 1694 by William III to fund a war against France, the last time rates were as low as 2% was in the aftermath of the second world war, now they have gone below that mark which is a portent of just how much world economies are suffering.