A new low has been set in how ridiculous the area of debt mediation can be when dealing with banks. The most recent one is where re-arranged a clients finances to the point where they could make full repayments.

You would think such a proposal would be immediately accepted? Think again, Ulsterbank rejected this proposal for a client of ours. While we cannot reveal specifics what we can say was that the client merely needed some arrears re-capitalised and for a tiny proportion of arrears interest to be waived because there were delays caused by Ulsterbank not returning proposal letters our client sent them (which separately has CPC, CCMA and MARP implications), and was only requested as a way of accepting that both sides had short comings.

They could have said no to that part, as they ‘don’t do debt forgiveness’ (even when they create the problem), but instead they even refused to capitalise arrears which would be repaid in full as per the terms of the existing loan.

It isn’t often that our jaws drop, but when they do they tend to hit the floor, I’d like to thank the team at RBS owned Ulsterbank for proving that the logical equivalent of anti-gravity does indeed exist.

I hope the compliance expense which will be caused by separate complaints on each point to different regulators is as enjoyable as negotiating with them was for our clients. 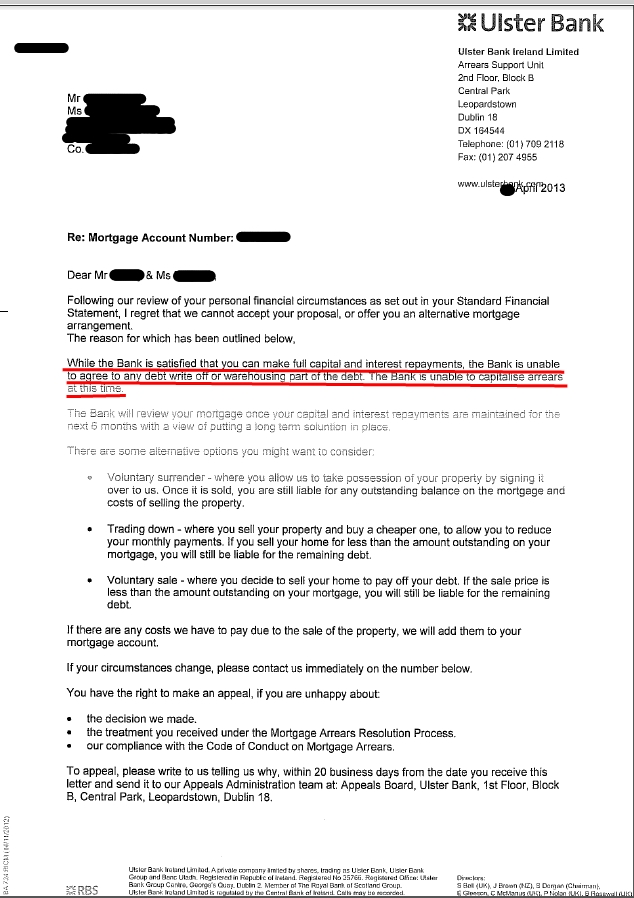