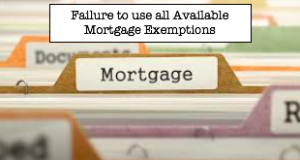 The requirements to qualify for the exemptions are extremely complex. This complexity of the rules of exemption is the reason why banks are unable to understand how many exemptions can be used, which in turn makes banks reluctant to approve exemptions. Qualifying for exemptions allow a minority of higher earning home buyers to borrow more than is allowed.

Under current rules, buyers can only borrow the three and a half times the amount of their annual income. Buyers must also deposit at least 10%. Given the current situation in regard to the housing market, first time buyers are unable to borrow enough to meet asking prices. Prices of homes have increased so significantly and are only expected to increase as the housing crisis progresses. The staggering prices of homes and harsh mortgage regulations has caused a need for better policies to boost the supply of housing and reduce the regulations in regard to getting mortgages.

Second time buyers are also impacted by the mortgage regulations. Only 7% of second hand buyers got exemptions. Overall, 10% of loans issued to movers are allowed to be exempt.

Ultimately the strict mortgage regulations heavily impact the ability of banks to lend money and the ability of people in need to receive loans. The strict regulations regarding receiving exemptions on mortgages is also slowdown the mortgage market. The main challenge is finding a balance between approvals and drawdowns because there is no current way of knowing if an approval will actually drawdown. Changes in regulations or supply of housing are urgent in order to attempt to solve the housing crisis.