The Living Wage Technical Group, an organization that annually calculates the wage required to support an acceptable standard of living in Ireland, recently published it’s 2017 report, listing the living wage as €11.70 an hour. This new rate is €0.20 higher than the previous rate and €2.45 higher than the actual minimum wage in Ireland.

The Living Wage Group defines the living wage as a rate that “provides employees with sufficient income to achieve an agreed acceptable minimum standard of living”. It is calculated to account for the price of various necessities such as clothing, food, housing, healthcare, and education. Out of these factors, many experts have attributed rising housing prices as the main reasons behind the need for higher wages.

In its 2017 report, the Living Wage Group supported this reasoning and published that “the current housing crisis, and associated increases in rent levels, has been the main driver of the increased wage rate”. The average house price in Ireland has risen 11.2% over the past year, with areas such as Dublin seeing even greater increases in … New figures released by the Central Statistics Office show that the current rate of unemployment is 6.3%, the lowest it has ever been since the market crash. This rate is 2% lower than that recorded in June of 2016 and the exact number of workers who are listed as unemployed fell by 42,100 during this time.

The current rate of unemployment in Ireland is 3% lower than the EU average, reflecting this country’s incredible economic progress in the past few years. Although the unemployment rate is still higher than that in countries like Germany and the Netherlands, experts predict that the steady downward trend will continue.

Furthermore, Ireland has an unique advantage in its ability to better integrate immigrants into the work force. The unemployment rate for foreign nationals in Ireland stood at just 7.7% last month, when they are much higher across the rest of Europe. Mortgage market update in the UK

The mortgage market in the UK after Brexit was announced has been shaky. With everyone not knowing how Brexit will turn out, they are weary of committing to huge financial obligations.

However, the UK mortgage market is starting to see potential buyers increase again. In May, a total of 121,464 mortgages were completed.

Total mortgage loans increased by £3.5 billion, which is the fastest pace in more than a year. Mortgage lending has increased 2.9 percent in the past year. The prediction for next years growth is 2 percent in 2017.

The slowdown in growth we can see come from the Brexit. The value of the Sterling dropping makes customers reluctant to purchase a house. This has very negatively affected the housing market in the UK.

The consumer credit card and personal loan debts have been on the rise as well. This is also causing worry from the Bank of England’s Financial Policy Committee as consumer credit continues to rise. On Tuesday, Bank of China opened its first branch in Dublin. The official ceremony was attended by Tian Guoli, Chairman of Bank of China, and by Taoiseach Leo Varadkar, symbolizing the strengthening relationship between China and Ireland, and their many joint trade and financial interests.

Bank of China is China’s most internationally active bank, and has locations in more than 51 countries. Prior to the opening of a branch, it’s presence was already felt in Ireland through BOC Aviation, a separate company that leases aircrafts carriers in Ireland. The Bank is 64% owned by the Chinese government, and  main focus in Ireland will be in corporate lending. It’s major customers will most likely be businesses with interests in China, multinationals, and Chinese firms with operations in Ireland.

Although it’s current interests are narrow, Bank of China hopes to build a diversified platform of services and products in Ireland within the next two years.

The official opening a location not only confirms the Bank’s commercial interests in Ireland, but also signals Irelands growing prominence as a destination for foreign investment. In reference to Greater regulation of our building standards would make it easier to fund social housing by Charles Barry on 26 June 2017 in Independent.

The house building of Ireland is continuing to rise but not without trouble. High demand means there is a chance builders are only looking at their output volume and not the quality. This led to numerous issues that have came up in late 90s and early 2000s – breaking health and safety regulations, pyrite, poor building quality, and contractor bankruptcy.

Regulations have since come up to avoid these issues with Building Control Amendment Regulations and Construction Industry Register Ireland. Even with these regulations in place, it can not completely solve the problem.

There is a similar situation in the UK with about the same building laws. A recent study found that 66 percent of the underlying issues of buildings are caused by poor workmanship.

To help alleviate this issue, the Dáil approved a motion to improve regulation for buildings. It improves the standard and quality as well as support to homeowners … Another bank bailout in the European Union

With reference to E.U. Commission Approves Billions in Aid for 2 Italian Banks by Jack Ewing on 25 June 2017 in the New York Times.

The plan is 4.8 billion euros in cash and 12 billion in guarantees of depositors. The two banks only account for 2 percent of Italian deposits.

The reason to go this route is because the majority of the Italian banks are consisted of problem loans and very little capital. Fear if these two banks fail it will cause a panic. Italians might lose faith in the banking system and could cause people to withdraw their money and banks will shut down.

The investors of this bank in senior bonds will keep their investment, however, junior bond investors will lose theirs as well as shareholders. Warren Buffet saves the day for a Canadian mortgage lender

In reference to Warren E. Buffet Comes to the Aid of a Big Canadian Mortgage Lender by Michael J. de la Merced on June 22, 2017 in the New York Times.

Warren Buffet, a man commonly referred to as one of the world’s most successful investors but how did he get this title? Quick and decisive decision making. He goes in while the confidence is low in a company and desperate for money. He then invests in the company to keep them afloat but with a very steep cost.

A Canadian mortgage lender, Home Capital Group, has hit rough times. They are one of the top lenders in Canada for borrowers with poor credit history and who are self-employed. This company was consistently making high yield loans attracting numerous investors. However, rumors almost closed the company.  Ontario Securities Commission accused the executives that they were withholding information from investors because apparently there was an inquiry about fraudulent information in the loans.

This sent investors running and shares in the company dropped a significant 33 percent. As money was flying … 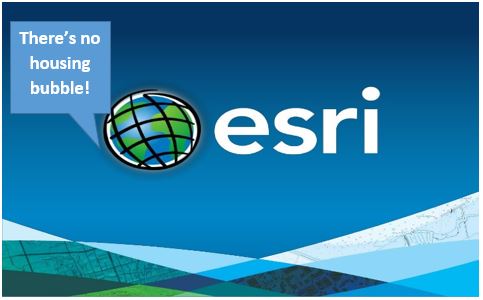 ESRI is saying there is no housing bubble

With reference to ESRI says rapid rise in house prices does not signal new bubble by Eoin Burke-Kennedy 22 June 2017 in the Irish Times.

The Economic and Social Research Institute, ESRI, is stating that even though the housing prices and rents are rising rapidly this does not necessarily mean a new housing bubble. The official house construction may be overestimating the housing activity, according to the ESRI.

ESRI’s latest economic commentary included a section saying that even though new credit is growing in the residential market and small companies, a good credit risk assessment is still in place and seems to provide no risk.

ESRI still believes the housing prices and rent will be rising from the growing imbalance between supply and demand. The predicted the long-run housing demand to increase from 25,000 to 30,000-35,000.

The government supposedly overestimated the level of supply which may have overstated the true level of construction activity. Government estimating the housing supply at 15,000 in 2016 and ESRI at 12,700.

There is a lot of speculations of another housing bubble coming about. …