Energia continues to invest in Ireland

Energia, a Dublin based energy company, parented by the Viridian Group, has recently announced that it will be investing €3 billion in Irish renewable energy over the next five years. These figures show promise of the creation of 200 more jobs directly within the organization. Additionally, there is likely to be a creation of between 3,000 and 5,000 construction jobs, given the sheer amount of huge projects that will soon be under way.

The creation of onshore and offshore wind farms, solar power, hydrogen fuel generation, bio-energy facilities and the smart grid are all huge factors steps towards the fulfillment of this governmental initiative.

What is most interesting about this … The Irish Business and Employers Confederation is the largest lobbying group that is set out to represent the rights of irish businesses at a national and international level. This group is focused on supporting all different types of businesses, from large to small and across every aspect of the economy.

Recently, they published a press release that was aimed to protect local businesses incomes by calling for a tax reform on commercial rates that would centralize collection in a similar way to that of current, well utilized tax systems.

Ibec Senior Public Sector and Regulatory Executive Aidan Sweeney, said: “Local authorities have a significant impact on business conditions and cost competitiveness. This year businesses will pay €1.55 billion in commercial rates, up 14% since 2010. Approximately €1 out of every €3 spent by a local authority comes directly from local businesses. Local authorities are relying on business to balance their books.”

Local businesses were not consulted during the creation, voting or soon to be implementation of this new tax standard. This is most frustrating, given that they will be the … The Dublin housing crisis has hit hard all over the county, causing the prices of homes and rent to skyrocket. These high prices have given many people looking for housing no choice but to resort to home or apartment sharing so that they can afford the monthly payments.

As a full-time, successful employee, it can be hard to find a place that has every aspect on your wishlist due to both lack of supply and prices that rise with every additional feature. Finding a place to live within budget and within expectations can be very hard to do.

One group of people that has an extremely hard time being able to afford suitable housing is those who have come over on a student visa. Many young people and adults are drawn from their respective countries to Dublin so that they can attend university or english school. Although there are exceptional resources all across the city for this, one must thoroughly weigh the costs and benefits of living in a city as expensive as Dublin.

After having the opportunity to talk … Last year marked one of the busiest years for the Insolvency Service of Ireland due to the large number of cases they examined in relation to bankruptcy. With at least 210 cases seeming somewhat suspicious, this independent statutory body had to dig deeply into financial and asset related records of every bankrupt person.

In order to be eligible for bankruptcy declaration in Ireland, you must fulfill three main requirements. The first one is that your debts must exceed your assets by €20,000. Assets are both financial and physical; some examples include stocks, pension funds, receivables, homes, cars, exc.

Many of the issues that the Insolvency Service of Ireland has seen in relation to this part of bankruptcy declaration is that many people who are declaring bankruptcy are attempting to keep some of the assets that are most important to them by illegally transferring the ownership to a family member or close friend.

The asset cannot be leveraged by the bankrupter in the repayment of loans if it is not under their name, which is why this it is now being … Facebook has recently announced that it will be launching its own currency, with the promise of it being fully operational by 2020. This currency is not exactly classifies as a cryptocurrency, due to the fact that the value of Libra will be backed by a reserve. This is unlike regular cryptocurrencies, whose value is determined by the supply of the currency and other forms of cryptocurrency in the market as well as their individual demands.

This financial platform is intended to also be regulated by a federation of companies and non-profit organisations through a Swiss foundation.The currency is quickly gaining traction, with investors minimum contribution being $10m. Some companies that have currently invested in this Facebook currency are Visa, MasterCard, PayPal, Uber, Spotify and some venture capital firms such as Andreessen Horowitz.

Facebook is intending to have this currency be distributed through some existing apps such as Facebook Messenger or WhatsApp. These apps could make it hard to integrate a secure type of funds exchange, and would not provide a viable platform for many businesses to feel comfortable doing business … Ireland vs US: Wholesalers

What does it mean to buy in bulk? There are many different definitions depending on the social and cultural norms of a country. Normally, these intermediary entities are referred to as wholesalers.

Wholesalers are businesses that purchase large quantities of goods at lower manufacturer prices and sell them to retailers or in some cases, directly to consumers. The prices that the products are sold are usually lower, given the high quantity of product that a person or company is buying at one time. These wholesale stores generally help to eliminate a lot of the hassle that is associated with working directly with manufacturers.

Large manufacturers have been able to increase factory gate prices by 0.3pc within the month of May. This increase is less than the 0.8pc increase that was achieved in May 2018. Furthermore, the total percentage decrease for 2019 has been totaled at 6.3pc, which is 0.4pc more than it was this same time last year. 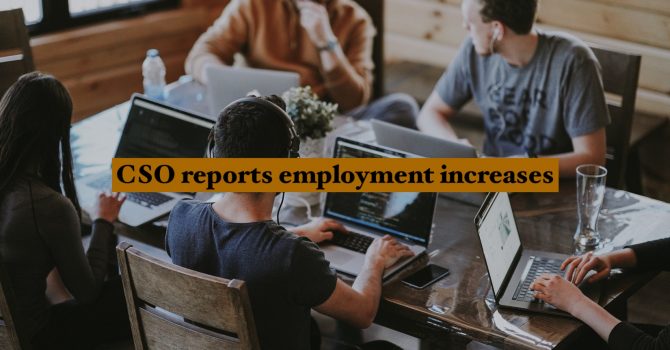 March of 2012 marked one one of the highest rates of unemployment since the beginning of the 2000s. January 2012 was the peak, with unemployment reaching a whopping 16pc of the entire willing and able working population.

Since then, unemployment rates have been decreasing steadily by 2-3pc every 2 years. From 2013 to Q1 of 2019, there was a was a 21.7pc increase, or 409,900 people, increase in employment; this percentage was almost entirely made of full time employment gains.

Of these increases, there was growth in every one of the ten recorded occupational groups. Some of these groups include managers, directors and seniors, misc. Professionals, associate professional and technical, administrative and secretarial, and skill trade among many others.

Another statistic that has shown significant improvement is that of the 473,000 people who are employed part time, only 16.1pc of these people were so because … As of late, Ireland has been flagged as one of the most expensive countries in the EU for food. A market basket is a list of foods, convenience items, and services that are supposed to be representative of an average household spending which is used by economists to compare the consumer price index of each country. In general, this index also allows unflation to be recorded and compared from country to country.

Using this tool, Eurostat has found that prices of food an alcohol in Ireland are 20% higher than the average country, making it the fourth most expensive in the EU. This is surprising, given Ireland’s background as an agricultural nation.

For food alone, Ireland’s prices are 1.2 times more expensive when compared to the other 28 nations in the European Union. These high prices are harmful to consumers, but a definite draw for other EU based grocers. German companies Lidl and Aldi have begun expanding into Ireland, reducing prices below that of their Irish competitors. This business tactic is still effective, given that these discounted prices …